Student unions including NSUI agreed to end the agitation after the central library timing was extended. The library will now remain open from 5 am to 12 midnight. 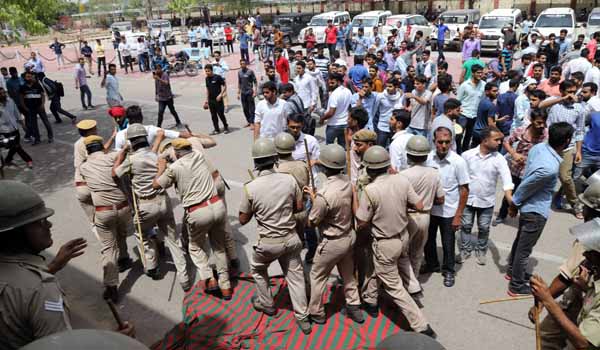 The police resorted to mild lathicharge to disperse the crowd. Nearly 24 students were detained.

The Rajasthan University officials held talks with the student leaders when they threated to intensify the agitation on Wednesday.

“We discussed the concerns of the students and decided that the library would remain open for 19 hours, from 5 am to 12 midnight. We would use the remaining time for cleaning the library and keeping things in order,” said an RU administration officer.

Congress spokesperson Pratap Singh Khachariawas criticized the use of force on students by the police.

“The decision to keep the library closed for 12 hours was wrong,” Khachariawas said.

Many believe that the protest was an exercise to get exposure for many student leaders as the RU student union elections are round the corner. The election will likely take place in August.