The humiliating defeat in bypolls to Alwar and Ajmer parliamentary constituencies and Mandalgarh assembly constituency in Rajasthan has worried the BJP leadership. 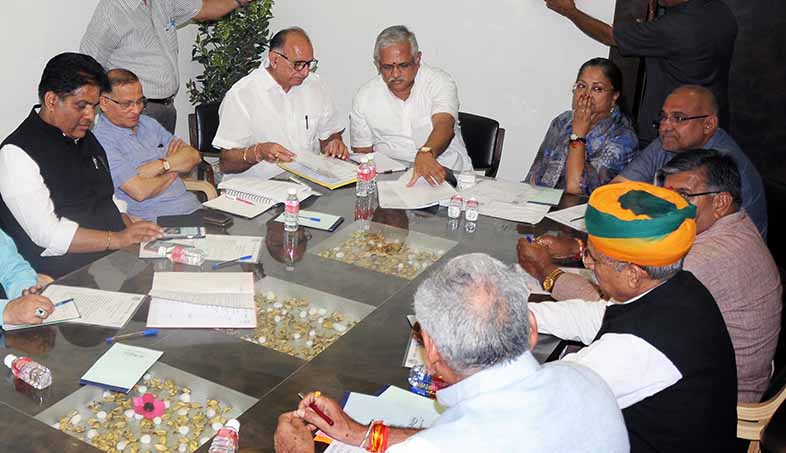 Jaipur: The humiliating defeat in bypolls to Alwar and Ajmer parliamentary constituencies and Mandalgarh assembly constituency in Rajasthan has worried the BJP leadership.

A meeting of the BJP’s core committee members including chief minister Vasundhara Raje, organization secretary Chandraparkash and state unit president Ashok Parnmai was held in Jaipur on Friday to discuss the reasons for the party’s poor performance in the by elections.

Sources said that the core-committee’s meeting has been called to discuss the possible impact of the bypoll results on the assembly elections due this year.

Assembly elections are to be held in the state by the end of this year. The bypoll results have clearly indicated a growing discontent among people towards the government.

The Congress not only swept the elections, but also enjoyed an increase in the vote share compared to the previous assembly elections.

The BJP’s defeat in Ajmer was a major cause for concern for the party. Raghu Sharma of Congress defeated Ramswrooop Lamba of BJP by a margin of nearly 85,000 votes. Vasundhara Raje had left no stone unturned to ensure a BJP win in the Lok Sabha constituency and roped in almost every cabinet minister for campaigning. Despite that, the BJP’s vote share dropped by almost 10 percent in Ajmer.

The results also strengthened the position of Congress state president Sachin Pilot who had been defeated by BJP’s veteran leader Sanwar Lal Jat in the previous parliamentary elections from the same constituency. Congress high command didn’t field Sachin Pilot, but entrusted him with the responsibility of campaigning for the party. The credit has gone to him to a large extent, pushing former chief minister Ashok Gehlot to the sidelines.