The seat fell vacant when BJP MLA from the constituency Kirti Kumari died of swine flu in August. 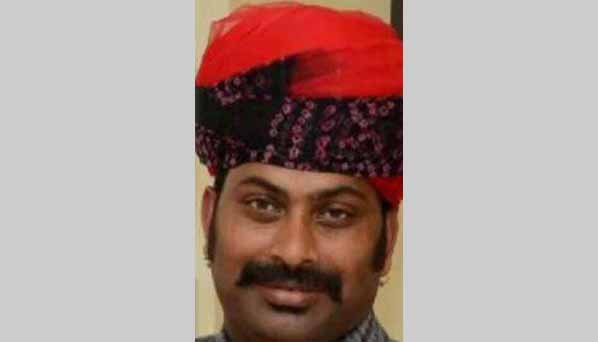 Jaipur: BJP has fielded Bhilwara zila pramukh Shakti Singh Hada as its candidate for by election in Mandalgarh assembly constituency of Bhiwara district.

The seat fell vacant when BJP MLA from the constituency Kirti Kumari died of swine flu in August.

Shaktisingh Hada had been elected zila pramakh of Bhilwara in a byelection in December, 2016.

The party was also considering some other candidates including Kirti Kumari’s  sister-in-law, Harshita to garner sympathy votes, Avijit Singh who is son of Punjab governor VP Singh and UIT chairman Gopal Sharma.

Congress is yet to declare its candidate for the constituency.

The last date for filing nominations is January 10. The polling will take place on January 29, while the counting of votes on February 2.

BJP has also declared its candidates for Ajmer and Alwar parliamentary constituencies. Ramswaroop Lamba, the son of late MP and prominent Jat community leader has been declared the BJP candidate for Ajmer, while Jaswant Singh Yadav will fight the election at BJP’s ticket for Alwar.