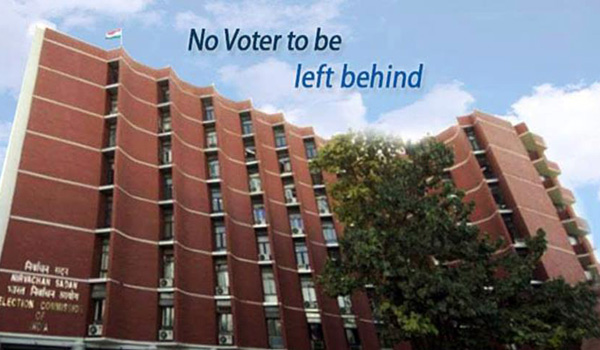 Jaipur: The Election Commission is likely to enforce the model code of conduct in Rajasthan for the upcoming assembly elections between October 7 and October 10. The official announcement has not been made yet.

Prime Minister Narendra Modi will conclude the Rajasthan Gaurav yatra at Ajmer on October 6. As per sources, PM Modi is likely to make some big announcements at the closing ceremony of Rajasthan Gaurav Yatra in Ajmer.

According to election commission officials, the model code of conduct was implemented on October 4 in 2013. PM Modi’s scheduled visit to Ajmer is on October 6.

The Rajasthan government is trying to inaugurate all its major before this deadline. The much-awaited Dravyavati Riverfront project will be inaugurated on October 2 by Chief Minister Vasundhara Raje. The city officials are on their toes preparing for the event. It will be one of the largest inauguration ceremonies ever conducted in the city, said one of the JDA officials.

Rajasthan’s first ever Lion Safari at Nahargarh Biological Park is to be thrown open for tourists on October 3, as announced on Monday.

The Ring Road project in Jaipur will not be inaugurated before the enforcement of the model code of conduct as the work is yet to be completed.