Kalpit Veerwal, a resident of Pratap Nagar in Udaipur, tops the exam 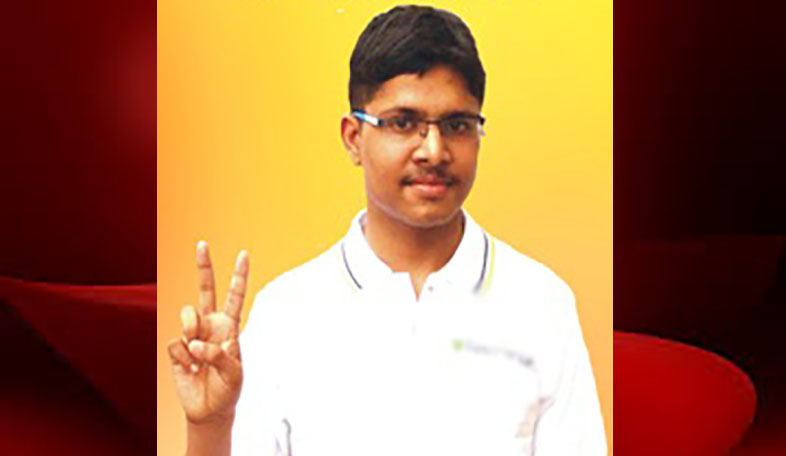 Jaipur: This Udaipur boy has made Rajasthan proud. Eighteen-year-old Kalpit Veerwal has topped the IIT JEE Main, and that too with a 100 percentile. This is for the first in the history of IIT-JEE that a student has scored 100 percent marks.

Veerwal scored 360 marks out of total 360. Veerwal’s family and friends, his school, his coaching institute and the entire town congratulated the boy for this outstanding feat.

Veerwal’s father Pushpendra Veerwal works as a male nurse at the Government MB hospital while his mother Pushpa is a government school teacher.

Veerwal dedicated at least 5-6 hours daily to studies at home. His parents were very particular about his health and made sure that he never suffered even a slight cold or cough, Veerwal told media persons.

Veerwal was a student of MDS Senior Secondary School. His teachers say that he always attended classes and was a kind of celebrity in the school. He studied seriously and always scored top marks.

Despite negative marking, he attempted all the questions.

He was a private coaching student in Udaipur for the past five years.

Veerwal is good at sports also, his teachers said.

JEE Mains exam was conducted offline on April 2 and online exam on April 8 and April 9.

More than 10 lakh students appeared in the exam.

There were 781 examination centres across the country. About 2.20 lakh students have qualified. These students will now appear in JEE-advanced that will take place on May 21.

The results have been uploaded on the official website: jeemain.nic.in.

More than 2100 students from Jaipur qualified for JEE Advanced.

40% weightage of 12th board exam score was not considered this year and All India Ranks are only on basis of JEE Main Exam.