Tanishq was admitted to SMS Hospital in critical condition and died while undergoing treatment on Thursday. The family members are in a state of shock and deeply grieved over the death. 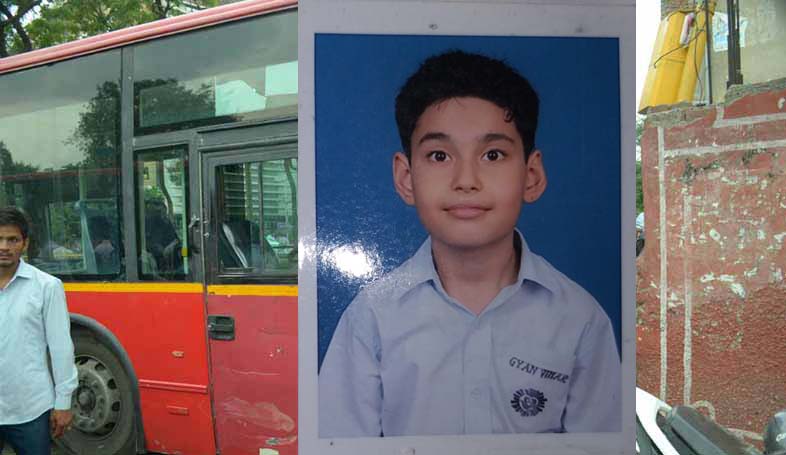 Tanishq who was killed in road accident on JLN Marg.

Jaipur: Low floor buses continue to wreck havoc in the city. In the latest casualty, a 11-year-old boy, identified as Tanishq was killed when the scooty he was riding on with his grandfather was hit by a low-floor bus on JLN Road on Wednesday.

He was admitted to SMS Hospital in critical condition and died while undergoing treatment on Thursday. He was a student of Gyan Vihar School. The family members are in a state of shock and deeply grieved over the death.

According to the police, Tanishk was a resident of Malviya Nagar Sector – 6. He was riding with his grandfather on a scooty when a low floor bus hit him from behind. He and his grandfather were seriously injured in the road accident.

Both were rushed to SMS Hospital where Tanishq died while undergoing treatment. The condition of the elderly man is stated to be serious.

Low floor buses have caused several accidents due to rash and negligent driving by the drivers and poor maintenance of the vehicles.

In December, 2017, a class 11 student, Pranay Agarawal was killed while his friend was seriously injured when a low-floor bus went out of control after a break failure and rammed into the scooty the two teenagers were riding on.

In August, a low-floor bus was caught on CCTV killing a BSc student and dragging a girl, an MSc student, for nearly 35 feet while she was crossing the road using the zebra line. The accident occurred due to break failure. The CCTV showed the bus coming from Rambagh Circle suddenly deviating from its direction, hitting the girl, identified as Vandna Kumari and dragging her for at least 35 feet. While the girl had a miraculous escape, the scooty rider, 19-year-old Vishal, was killed on the spot.

On September 20, two youths were killed when a low floor bus went out of control due to break failure and hit their bike.