The highest numbers of voters are at Maharani College. There are 4940 girl voters at the college. 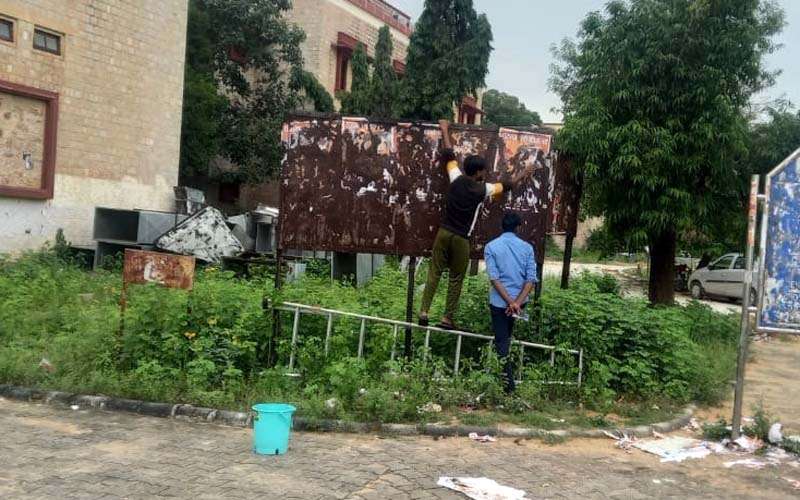 Posters being removed at Rajasthan University.

JAIPUR: The final voter list for Rajasthan University student union elections has been published. As many as 20,770 voters will cast their vote in the elections scheduled to take place on August 26.

The highest numbers of voters are at Maharani College. There are 4940 girl voters at the college. According to an estimate, about 7000 students will not be able to cast their vote due to the delayed admission process.

The candidates will need to woo the Maharani College voters to win the elections. There are 2128 voters in Maharaja College, 3518 in Commerce College and 3336 in Rajasthan College. Besides, there are 4784 voters in the law and management departments.

Based on the statistics of recent UG admissions and re-admissions in the four constituent colleges, the highest number of voters in the university are from the OBC/MBC categories. Nearly 9,000 voters belong to OBC and MBC. There are about 6000 voters from SC/ST category and 5,000 from the General and EWS categories.

The nomination for the elections will be filled on August 22. The last date to withdraw the nominations is August 23. The voting will take place on August 26 and the counting of votes on August 27.