While talking to the media persons after the results were announced, he said that his idol in politics is Sachin Pilot.

Nirmal Choudhary addressing his supporters after being elected as RU president.

JAIPUR: While NSUI has faced an embarrassing defeat in the Rajasthan student union election 2022, the Congress-backed student organization has one more thing to worry about. The newly-elected president Nirmal Choudhary fought as an independent candidate, yet had full support from Congress leaders in Rajasthan including MLA Mukesh Bhakar.

Nirmal Choudhary didn’t even attempt to hide this. While talking to the media persons after the results were announced, he said that his idol in politics is Sachin Pilot.

“They struggled a lot but didn’t get what they deserved. But their support has made me win the election,” Choudhary said.

Sources said that many leaders actively supported Choudhary to ensure his victory even when NSUI had fielded Ritu Barala for the presidential post.

Abhimanyu Poonia who was elected general secretary of Rajasthan University on an NSUI ticket was one of the people behind Choudhary’s victory. He held the post of NSUI state president from 2015 to 2019 and stepped down after the registration by Sachin Pilot. He is considered to be a close aide of Pilot.

Another NSUI leader who supported Nirmal Choudhary was Anil Chopra who was elected as the president of Rajasthan University on an NSUI ticket in 2014. Anil worked in the background and created a voter base for Choudhary in all four constituent colleges of the university.

What has left the Congress party really worried is the open support to Choudhary from MLA Mukesh Bhakar.

“He managed the election campaigning for Nirmal and was the real brain behind his victory. Choudhary started following Bhakar’s guidance almost six months before the elections,” said a supporter of Choudhary pleading anonymity.

Nirmal Chaudhary hails from Nagaur district. He was born in a village located near Merta town. Nirmal’s father Dayalram Chaudhary is a government teacher by profession. His mother is a housewife and helps with agriculture work. 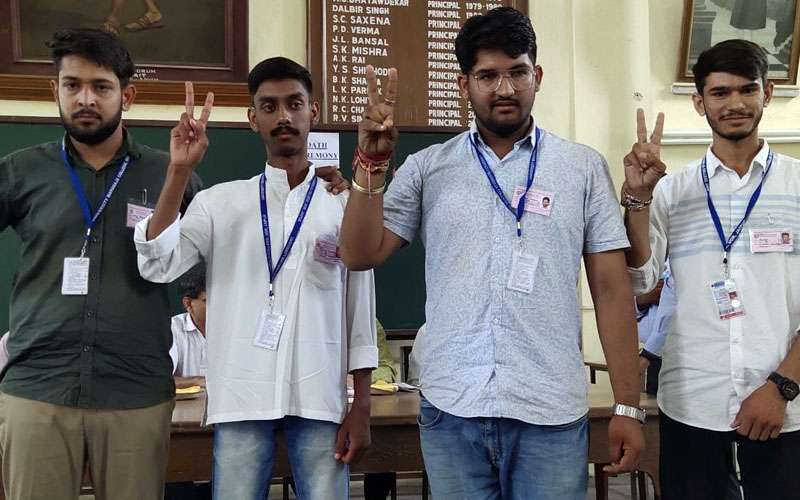