Rajendra in his defense said that he found those papers outside the washroom and was going to hand them over to the staff members so that other student cannot use them for cheating. 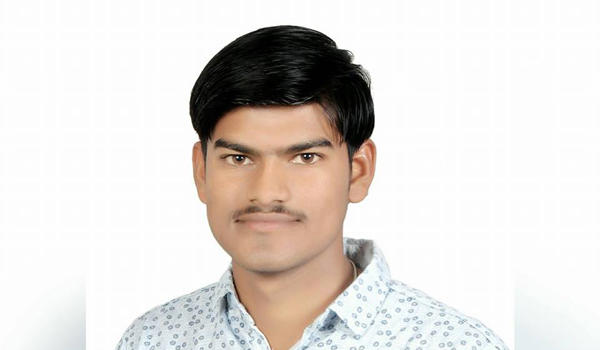 Jaipur: Student union President of Rajasthan University’s Commerce College Rajendra Prajapat was reportedly caught cheating in an exam by college’s internal flying squad on Tuesday. Flying squad officers allegedly found ten small printed papers in his pockets. Rajendra in his defense said that he found those papers outside the washroom and was going to hand them over to the staff members so that other student cannot use them for cheating.

Rajendra Prajapat is a student of B.com third year of Rajasthan University and was elected as Commerce college’s student union president in 2018.

According to the college faculty, EAFM First Rural Development examination was underway in the morning shift on Tuesday when the faculty got suspected about Rajendra’s behavior. He was returning from washroom when the flying allegedly caught him with ten small printed book papers in his pockets.

Many cases of students trying to cheat by hiding papers in their pockets have come to fore, added faculty.

College flying officers handed him a new answer sheet. A report in this regard has been sent to Rajasthan University.

Over 40 cases of cheating have come to light during college exams of Rajasthan University in Jaipur over the past few days.

College officials caught president Rajendra Prajapat along with two other students on Tuesday for cheating.

The university has constituted a special committee to deal with the cases of cheating during the exam. Further action on all these cases will be taken after the completion of exams.

Earlier in 2015, present student president of Rajasthan university Vinod Jhakar was accused of cheating during the exam. Some other student was allegedly appearing in an exam on his behalf.