Chintu was brought to a police outpost for questioning, but he escaped. He jumped off a hill in order to dodge the police team chasing him. He sustained serious injuries and died while undergoing treatment 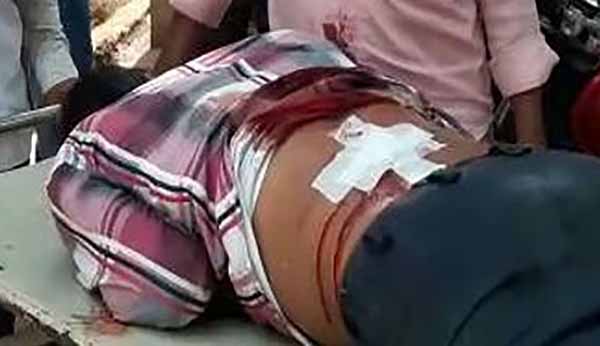 Jaipur: Alwar police on Wednesday arrested a shooter, identified as Chintu in connection with the daredevil murder of thirty-two-year-old Rakesh Sharma – vice chairman of Behror Nagar Palika (municipality). Chintu was brought to a police outpost for questioning, but he escaped. He jumped off a hill in order to dodge the police team chasing him. He sustained serious injuries and died while undergoing treatment, a police officer said.

Senior police officers said that the main accused is Ashok Thakaria who is currently lodged in Ajmer Central Jail. Ashok hatched the conspiracy to murder Rakesh Sharma. Ashok was having a grudge against Rakesh after the murder of one Trilok. Trilok’s mother is the main witness in the incident. Rakesh was providing protection to the mother, which angered Ashok.

“Chintu had been arrested by the police and brought to Jivana police outpost for questioning. He managed to give cops a slip. When he was chased, he climbed a hill and jumped off in order to escape,” said a police officer.

Chintu was rushed to a community health center in Bhiwadi. He was referred to a hospital in Alwar due to his critical condition. He died while undergoing treatment, police officials said.

Chintu was allegedly one of the two men who opened firing on Rakesh at a marriage function. Sharma died at Medanta Hospital in Gurugram, after undergoing treatment for two days. He had sustained bullet injuries on his head.

Tension prevailed in Behror after people came to know about his death. Markets in remained close in protest.. Doctors at Medanta Hospital where Rakesh was undergoing treatment declared him around 11am.

The wedding function where the shootout occurred was taking place at Shakti Resort Hotel in Behror on Monday night.