Rajasthan: Woman falls unconscious as ‘ghost chops off her hair’ 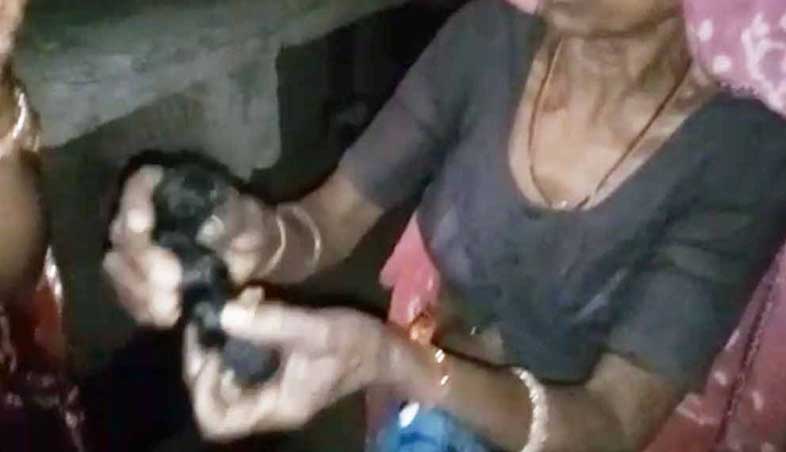 (File Pic) A woman showing her hair allegedly chopped off by a ghost.

Jaipur: An incident in Rajasthan’s Bhilwara district will likely further fuel rumours of ghost cutting woman’s hair. The family members of a woman, identified as Rampyari Devi, claimed that a ghost chopped her plaint off in the present of her husband. The woman then fell unconscious, triggering panic among the family members. They took her to a witchdoctor for treating her.

The incident took place in Bhilwara’s Khajuri village. The woman was having tea in the morning. Her husband Devkaran was also sitting nearby.

It is being alleged that the woman’s plaint was cut off mysteriously and it fell to the ground. On seeing this, the woman panicked and fell unconscious.

A huge crowd of villagers gathered at the couple’s house as the news of her ponytail being cut off by a ghost spread like wildfire.

A police team also rushed to the spot and appealed that people should not believe such superstitious rumours.

“We have launched an investigation and will soon uncover the truth. Though the alleged incident was witnessed by the husband, nobody is coming forward to confirm who cut the woman’s hair,” said a police officer.

The police have found the claims of ghosts cutting woman’s plaint to be completely fake in many cases.

The police probe into three such incidents in Govindgarh and Kaladera of Jaipur district found the women cut their own hair out of superstition and then claimed that ghosts had done this.

For the fast few days, rumors have struck terror in rural areas of several districts in Rajasthan. As per these rumors, ghosts are cutting hairs of women in their sleep. The plaint is found lying chopped off near the women the next morning. The ghost also also draws a Trishool on women’s body and the women fall sick after this.