Women cut their plaint and alleged they were chopped off by ghosts in their sleep. 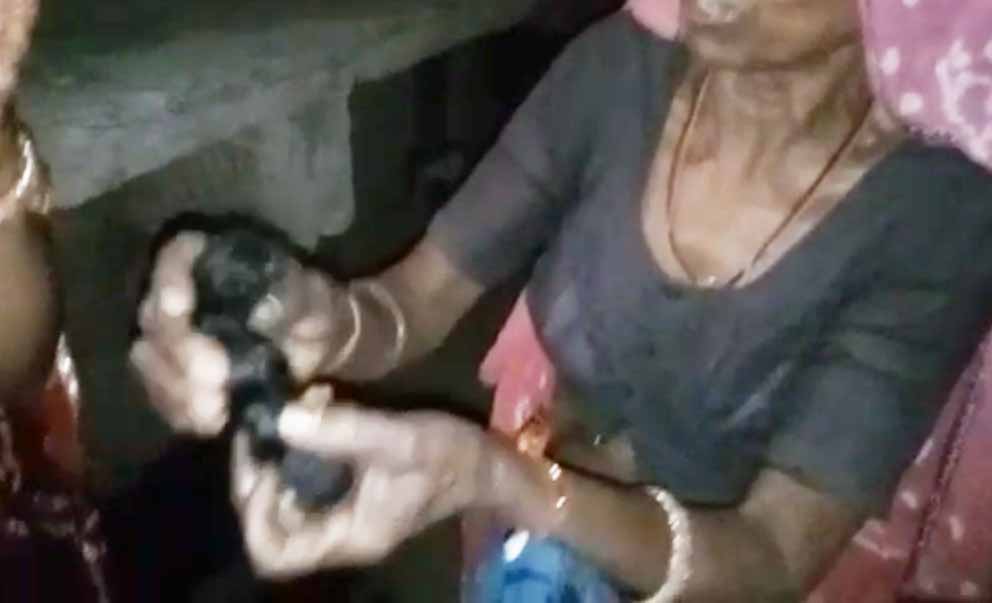 A woman holding plaint that was allegedly chopped off by a ghost. Three cases reported in Jaipur district were found fake.

Jaipur: Amid rumors that ghosts are chopping off plaint of women in Rajasthan, the outcome of a police investigation into some cases reported in Jaipur district will shock you.

The police probe into three such incidents in Govindgarh and Kaladera found the women cut their own hair out of superstition and then claimed that ghosts had done this.

For the fast few days, rumors have struck terror in rural areas of several districts in Rajasthan. As per these rumors, ghosts are cutting hairs of women in their sleep. The plaint is found lying chopped off near the women the next morning. The ghost also also draws a Trishool on women’s body and the women fall sick after this.

In Govingarh area of Jaipur, two incidents of women’s hair chopped off in their sleep were reported. One of the alleged victims was a 15-year-old girl Sapna Kumari belonging to Haripura village. Another woman was identified as Mani Devi.

“During interrogation, we came to know that these women had chopped their hair and then spread rumors that someone had cut them in their sleep. We stricktly interrogated them and they confessed that they themselves had done this, not a ghost,” said a police officer at Govindgarh police station.

Another case was reported in Gothwalon Ki Dhani in Kaladera area. One Anchi Devi alleged that she was sleeping outside her house when her hair were chopped off. Senior police officers of the including DSP Mahaveer Prasad Chotia reached the spot and launched an investigation.

“We found during investigation that the woman was suffering from some mental illness and had set afire her hair two years ago. After hearing the rumors, she again chopped off her hair,” said a police officer.

Rajasthan: Woman falls unconscious as ‘ghost chops off her hair’