Portfolio allocation in Ashok Gehlot cabinet: All you need to know 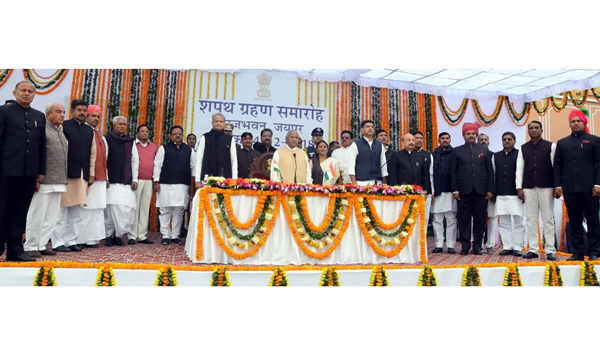 Jaipur: The portfolios were allotted to all the newly appointed 23 cabinet ministers’ late night on Wednesday.

Portfolios were distributed after intense discussions in this regard on Tuesday and Wednesday. Chief minister Ashok Gehlot wand deputy chief minister Sachin Pilot met several senior leaders in Jaipur to decide on the portfolios followed by a meeting with Congress President Rahul Gandhi in New Delhi.

Allotted portfolios of cabinet ministers in the Rajasthan government:

Allotted portfolios of the ministers of state in the new cabinet