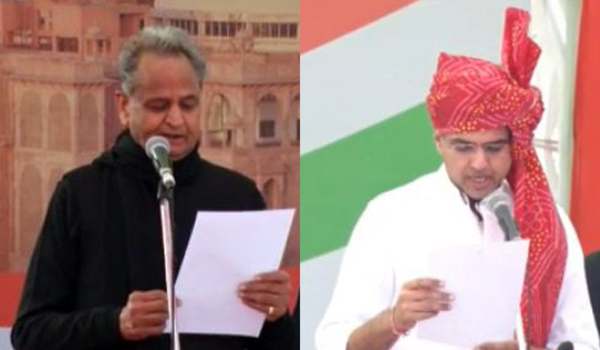 Jaipur: After intense discussions for three days, the names of ministers and state ministers to be included in the cabinet of the Rajasthan government were finalized on Sunday.

Congress national president Rahul Gandhi gave nod to 23 names after holding discussions with chief minister Ashok Gehlot and Sachin Pilot. The swear-in ceremony will be held at Raj Bhawan on Monday. There will be 13 cabinet ministers and 10 state ministers.

Eighteen MLAs got cabinet birth for the first time in their political career. Saleh Mohammed is the only member from the Muslim community to make it to the cabinet. He is a legislator from Pokhran constituency in Jaisalmer district.

Following will be the cabinet ministers in the Rajasthan government:

Following are the ministers of the state in the new cabinet

Some of the senior Congress leaders in Rajasthan who didn’t make it to the cabinet include CP Joshi, Dipendra Singh Shekhawat, Parasram Mordia, Rajendra Pareek, Hemaram and Ameen Khan.