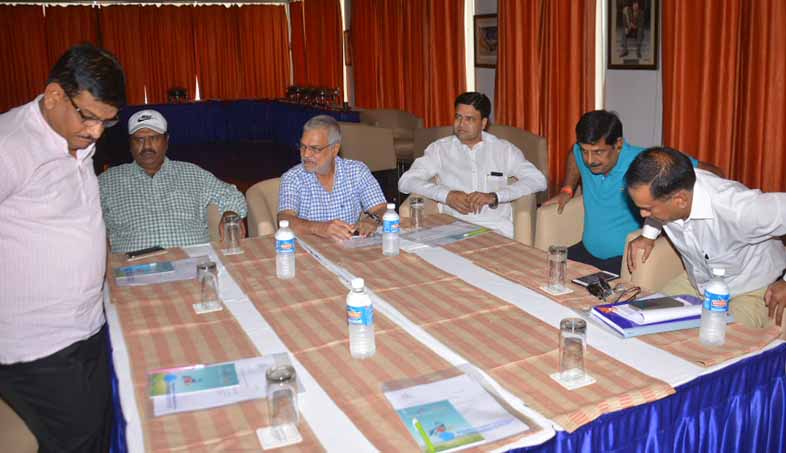 Jaipur: Former IPL commissioner Lalit Modi was on Saturday suspended from Nagaur district cricket association where he was holding the post of president. The decision was taken in the first meeting of newly elected Rajasthan Cricket Academy (RCA) executive committee.

The executive committee dissolved the district association, resulting in the suspension of its secretary RC Nandu along with Lalit Modi. Nandu was holding the office of RCA secretary also. He has been replaced by Mahendra Nahar.

The meeting was presided over by RCA president and senior Congress leader CP Joshi.

The first and foremost agenda of the meeting was to find a way to get the BCCI ban on RCA lifted.

BCCI had earlier imposed a condition that it would consider revoking suspension of RCA only if former IPL commissioner was removed.

After being elected, RCA president CP Joshi had written to BCCI to lift the ban imposed on RCA since 2014. The BCCI replied that it would do this only when Lalit Modi is not associated with RCA in any capacity.

CP Joshi said after the meeting on Saturday that they would write again to BCCI.

“We have complied with the BCCI’s direction. We hope that RCA’s suspension would be revoked now,” said Joshi.

RC Nandu however said that the decision was not in line with RCA’s constitution.