The police have been trying to contact the Maxican woman for the past two days. She left without lodging an FIR against Rishiraj Singh. 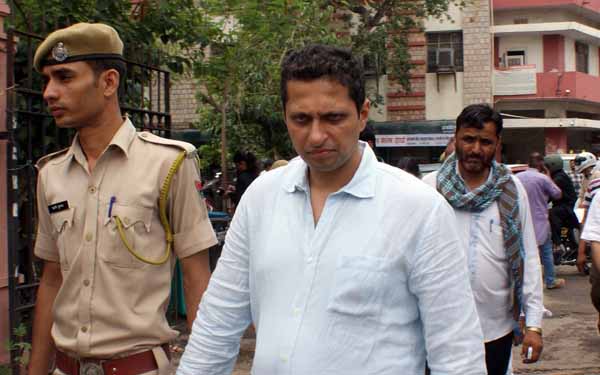 Cops trying to record statement of the victim who accused Rishi Raj Singh of molestation.

Jaipur: The police’s case against ITC Rajputana general manager Rishiraj Singh may suffer during trial as the woman who alleged molestation is not coming forward to cooperate with the cops in their investigation.

The police said that they have a video statement recorded when a senior woman RPS officer was escorting the victim to the airport, a day after the incident, but it may be difficult to sustain charges against the accused in absence of a formal statement . The cops may also need a testimony from the victim during the trial.

The police have been trying to contact the Maxican woman for the past two days. She left without lodging an FIR against Rishiraj Singh. The police lodged a case based on a video statement given by the victim and arrested Rishi Raj. In order to strengthen the case against the accused, the police need a formal statement.

Sources said that the police are in touch with some officials of Mexican Embassy in India and trying to contact the woman through them. She is being persuaded to testify in the court through a video conferencing.

Rishiraj Singh was arrested last week after two Mexican women allegedly complained that he forcefully entered their room and molested one of them. He was remanded in police custody.

Rishi Raj Singh had moved to ITC Rajputana in Jaipur in the last week of March. Earlier, he also worked at ITC Maurya and ITC Sheraton in New Delhi. Ritu Raj Singh was produced in the court of chief judicial magistrate.