The manager – Rishiraj Singh - was allegedly under the influence of alcohol when he misbehaved with the women. After the matter came to light, senior police officers and a team from Vidhayakpuri police station reached the hotel and took Rishiraj into custody. The women have registered an FIR with the police. 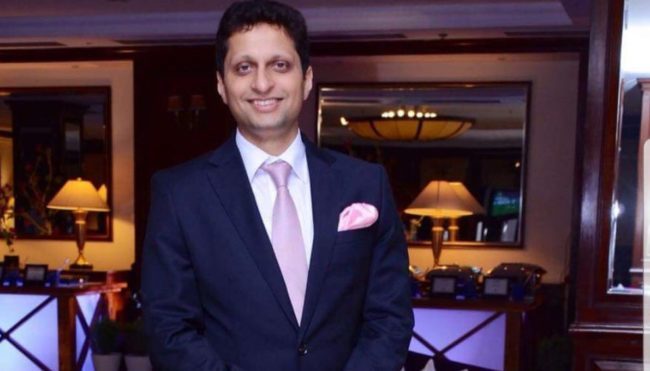 ITC Rajputana manager Rishiraj Singh who was arrested for misbehaving with Mexican women.

Jaipur: The city police on Wednesday arrested Rishiraj Singh, the manager at five-star luxury hotel ITC Rajputana in Jaipur for molesting two Mexican women. The manager was allegedly under the influence of alcohol when he misbehaved with the women. After the matter came to light, senior police officers and a team from Vidhayakpuri police station reached the hotel and took Rishiraj into custody. The women have registered an FIR with the police. Read Also: ITC Rajputana general manager remanded in police custody

DCP, South Vikas Pathak said that two Mexican girls had come to Jaipur on a tourist visa on Tuesday morning.  The women were staying at ITC Rajputana.

The women had breakfast and then visited various tourist spots in Jaipur. They got back to the hotel around 9 pm. Sources said that there was a farewell party for a hotel’s employee. Liquor was served during the party. Rishriraj called up the women around 11 pm after the party and when they didn’t respond, he went to their room.  He started misbehaving with one of the women. She started shouting for help. The other one was in the washroom. The manager allegedly remained in the room for nearly 10 minutes and then left.

The women called up a relative in Mexico following which the Mexico embassy in India was informed. The embassy officials forwarded the complaint to Jaipur police commissoinerate control room.

“The police was immediately rushed to the hotel around 3 am on Wednesday. The officials investigated the matter throughout the night and studied the footages of CCTVs installed in the lobby of the floor where the women were staying. The footages showed Rishiraj Singh getting into their room and then coming out,” said a police officer.

The cops then arrested the manager and arranged for the women’s transportation to Mexican embassy in Delhi after recording their statement and registering a complaint on their behalf.

The police are investigating the reports that Rishiraj provided the room to the women free of costs. He allegedly apologised to the woman when he came to know that the police were in the hotel to probe the complaint.

The incident occurred when the ambassadors of nine countries were having a meeting with senior bureaucrats of Rajasthan in Jaipur. CII organized a function at the same hotel on Wednesday. The ambassadors, chief secretary and DGP attended the function.

The manager was booked under Sections 354 (assault or criminal force to woman with intent to outrage her modesty), 354-A (physical contact and advances involving unwelcome and explicit sexual overtures; a demand or request for sexual favours; showing pornography against the will of a woman; or making sexually coloured remarks) and 452 (house-trespass after preparation for hurt, assault or wrongful restraint), according to the police.

When the media persons insisted that he be photographed, the cops brought him with his face covered with a piece of cloth, raising questions as to why his face was being concealed.