Jyoti Khandelwal is the first woman to be fielded from Jaipur by the Congress in 48 years. 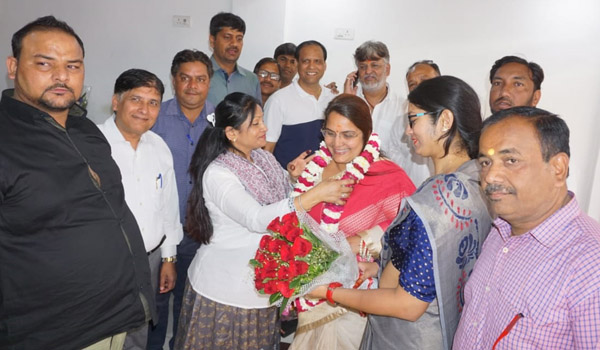 Celebartions at Jyoti Khandelwal's residence in Jaipur after the announcement of Congress's first list.

Jaipur: The Congress released its first list of candidates for upcoming Lok Sabha elections 2019 on Thursday and finalized the names for 19 candidates from Rajasthan. There are 25 Lok Sabha constituencies in the state. The remaining six names will be announced soon, said party officials.

According to the party officials, Jyoti Khandelwal is the first woman to be fielded from Jaipur by the Congress in 48 years.

Mahesh Joshi was also a strong contender for Jaipur seat. He was the Congress candidate in Lok Sabha election of 2014., added officials.

Khandelwal reached Jaipur from Delhi on Thursday night. The relatives and supporters gathered at her house to congratulate her for making it to the list.

Khandelwal will fight against the BJP Ramcharan Bohra.

The BJP released its first list of 16 candidates in Rajasthan on March 22. The BJP and Congress are yet to release the remaining nine and six names respectively in Rajasthan. 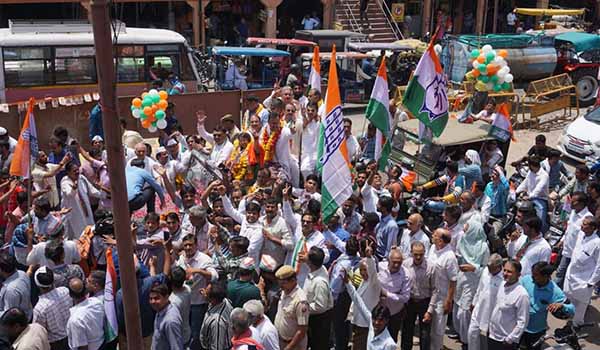