The doctor was demanding the bribe to prepare a medico-legal report in favour of the ACB complainant. 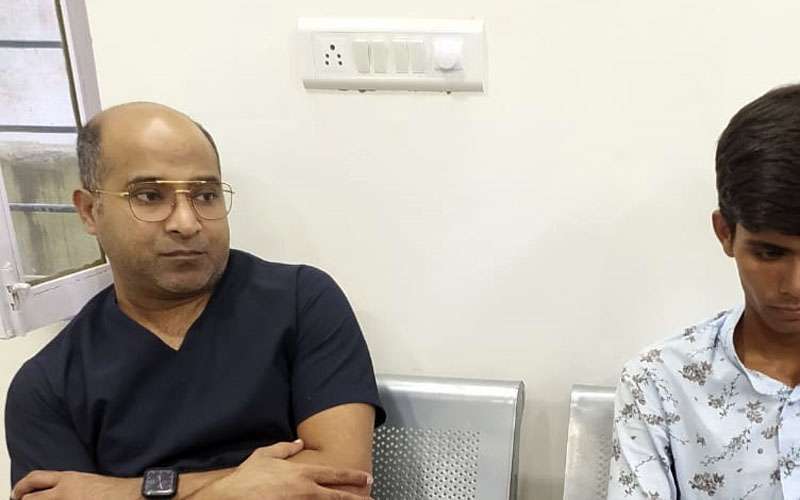 The government who was trapped by ACB.

JAIPUR: Rajasthan anti-corruption bureau (ACB) on Wednesday arrested a senior government doctor, posted as a medical officer in the community health centre in Malakhera in Alwar district and his middleman on charges of taking a bribe of Rs 20,000. The doctor was demanding the bribe to prepare a medico-legal report in favour of the ACB complainant.

DG, ACB BL Soni said that the complaint was verified and when it was found genuine, a trap was laid. The middleman of the doctor, identified as Rahul Yadav, was caught red-handed accepting the bribe. Rahul works at the doctor’s clinic.

In yet another trap in Sirohi district, the ACB arrested a sub-inspector – posted as the SHO of Mandar police station in Sirohi and his two middlemen after they were caught taking a bribe of Rs 4 lakh. SHO Ashok Singh Charan was demanding a bribe from an accused in a rape case. The SHO promised to help him weaken the case, said DG Soni.

In Jaipur, ACB arrested Tarun Gurjar, posted as an additional administrative officer in Vidyut Nirikshalaya in Jaipur after he was allegedly caught red-handed taking a bribe of Rs 20,000. Tarun was demanding a bribe from the ACB complainant for renewing the license of his firm. He was demanding Rs 48,000. Tarun had already accepted Rs 10,000 from the ACB complainant and was trapped when he was accepting Rs 20,000 on Wednesday, DG Soni said.