CRPF jawan Shankarlal Barala, a resident of Tejpur village in Shahpura, was killed in a terror attack in Srinagar on Tuesday. 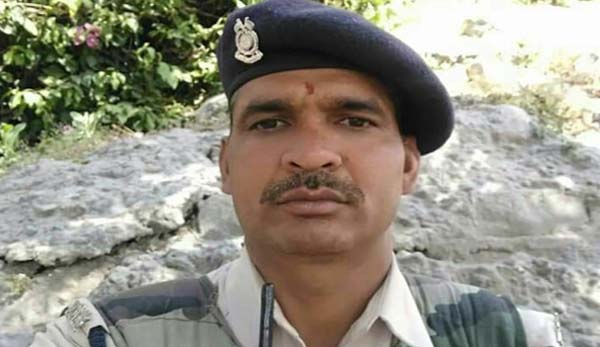 Shankar Lal Barala who was martyred in Srinagar.

Jaipur: CRPF jawan Shankarlal Barala, a resident of Tejpur village in Shahpura area near Jaipur, was killed in a terror attack in Srinagar on Tuesday. Shankar Lal is the fourth security personnel from Rajasthan who has been martyred this month. The news shocked the residents of Tejpur village. His body is likely to arrive around 8 am on Wednesday. He will be cremated with full army honors. According to preliminary reports, Shankar Lal sustained bullet injuries in a terror attack in Batamaloo. The family members were informed by the local administration officers about the death of Shankar Lal Barala. He is survived by his wife, a 10-year-old son and 8-year-old daughter. A pall of gloom descended in the village as soon as the villagers and family members got the news of his martyrdom. 26-year-old Lokendra Singh Shekhawat, a resident of Nathusar near Shrimadhopur in Sikar district was killed on July 15. He was killed in a Naxal attack in Chhatishgarh’s Kanker district on Sunday. Lokendra Singh had joined BSF as constable in 2012 and was currently posted in BSF 114 battalion. CRPF jawans Forty-eight-year old Mishri Lal Meena and Sandeep Yadav were killed in a terrorist attack in Anantnag area in Jammu and Kashmir on July 13. The other jawan, Sandeep Yadav also belonged to the state. Mishrilal Meena was a resident of Rajmahal in Tonk district. He was part of a CRPF petrolling team deputed on law and order duty when terrorist opened fire. Mishrilal and Sandeep, who hailed from Dhani Gurjarawali near Bansur in Alwar were killed. A civilian was also injured in the firing. Army commando Mukut Bihari Meena was martyred in a terror attack at Kupwara in Jammu and Kashmir on July 13.
Follow @ThePinkcityPost