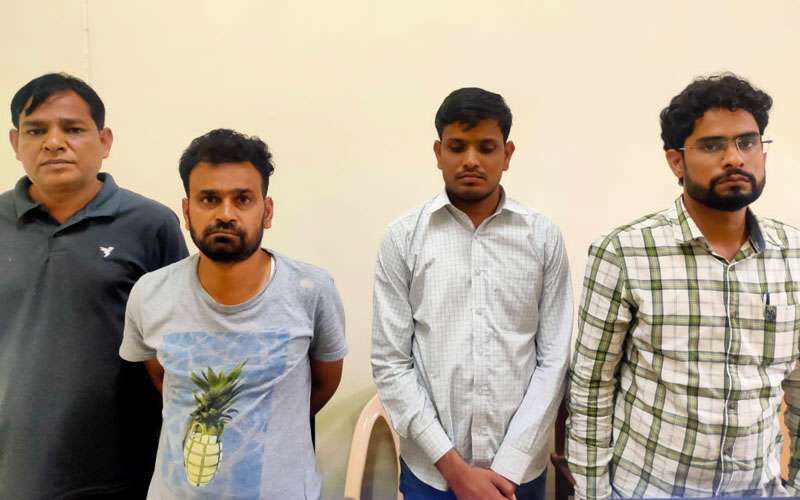 Rajgarh Alwar BDO and his three middlemen were arrested by ACB.

JAIPUR: Rajasthan anti-corruption bureau (ACB) has arrested block development officer (BDO) of Rajgarh in Alwar, Netram, after he was caught taking a bribe of Rs 5 lakh through his three middlemen, DG ACB BL Soni said. BDO Netram was allegedly demanding the bribe from a contractor for issuing payment for the construction work undertaken by the latter’s company.

Soni said that the three middlemen were Lokesh Meena, Krishnakant Meena and Jaipratap Singh. Lokesh and Krishnakant are the sons of Kanti Prasad Meena - MLA from the Thanagaji (Alwar) constituency.

The contractor approached ACB when the BDO demanded Rs 9 lakh from him for releasing the payment of Rs 14 lakh. “The contractor did construction work for the local Panchayat Samiti,” said Soni.

He added that the ACB’s special investigation unit in Jaipur headed by Add SP Bajrang Singh verified the complaint and it was found genuine, a trap was organized.

The BDO’s middleman Krishnkant asked the ACB complainant to come to Jaipur to give the bribe money. “He was caught red-handed taking the bribe in Jaipur,” said the officer adding that three ACB teams then arrested the BDO and two other middlemen from different places.

The BDO and his middlemen have been booked under various sections of the Prevention of Corruption Act. Further investigation is going on.