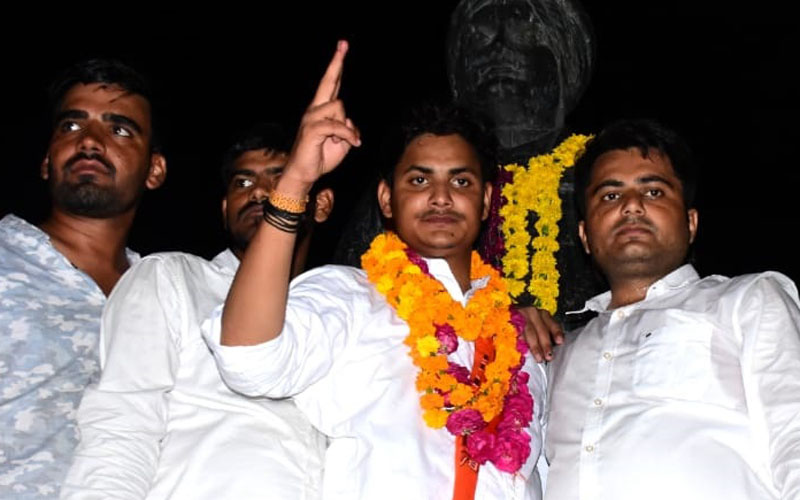 JAIPUR: ABVP has announced its panel of candidates for the Rajasthan University student union election 2022.

The candidates will file their nominations on Monday. They are reaching the Rajasthan University campus with their supporters as a show of strength before the nomination. An additional police force has been deployed to maintain law and order.

ABVP announced its panel of candidates on Sunday night.

Lokendra Singh, who was preparing to contest the student union elections has come out in support of NSUI rebel Niharika Jorwal. Niharika said that like her, Lokendra was also exploited by his party.

“Both of us together will come together to teach a lesson to both the parties,” Jorwal said.

“Now I have decided to support Ritu to end casteism in the university first. I want that this time the farmer’s daughter should become the president of Rajasthan University in the election,” said Choudhary.