Instead of wasting your time with useless investigation, you should fix the faulty system: Relatives of the victims 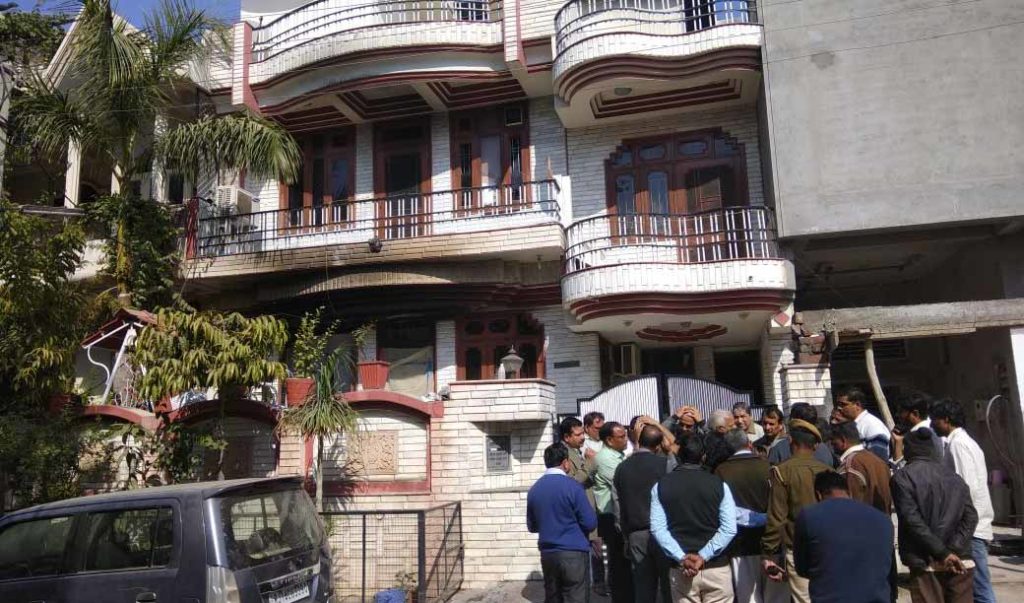 Jaipur: The relatives and neighbors of the five victims who were burnt alive in a devastating fire in Vidhyadhar Nagar sector – 9  five days ago vented their anger and frustration on the members of a JMC committee formed to investigate the incident.

They told the committee members that instead of wasting their time in useless investigation, they should fix the faulty system that caused the death of five people including three young siblings.

The house number – 39 in Sector – 9 where the fire broke out belongs to iron trader Sanjeev Garg. Sanjeev’s three children, father and the son of a brother-in-law were killed in the fire on January 13.

The family members and neighbors alleged the fire tenders didn’t reach the spot on time. The firefighting equipment were not in working condition, causing further delay in rescue operation. Had the rescue operation been launched on time, the five victims could have been saved, they alleged.

Read more about the family: Jaipur: A family and its dreams that were charred to death in Vidhyadhar Nagar fire