Jaipur: Five members of a family killed in massive fire in Vidhyadhar Nagar

The house number – 39 in Sector - 9 belongs to one Sanjeev Garg. His father, Mahendra Garg – an iron trader, Mahendra's two granddaughters, one grandson and a nephew were killed in the fire, police officials said. 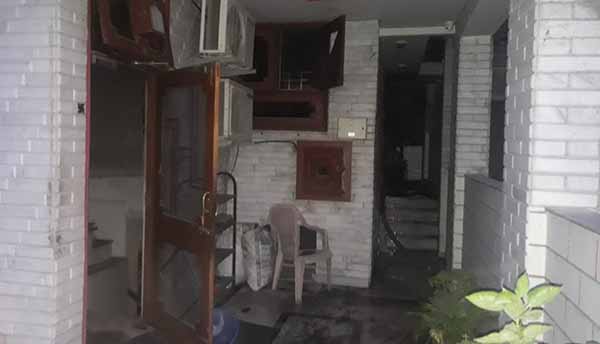 Jaipur: Five members of a family were burnt to death when a massive fire broke out at a house in Shanti Kunj area of Vidhyadhar Nagar Sector 9 in Jaipur after midnight on Saturday. The fire was triggered by short-circuit. It engulfed the entire house when two LPG cylinders in the kitchen exploded. The deceased were identified as Mahendra Garg (75), Shaurya Garg (25), Animesh Garg (22), Apurva (24) and Arpita (20). Read more about the family: Jaipur: A family and its dreams that were charred to death in Vidhyadhar Nagar fire 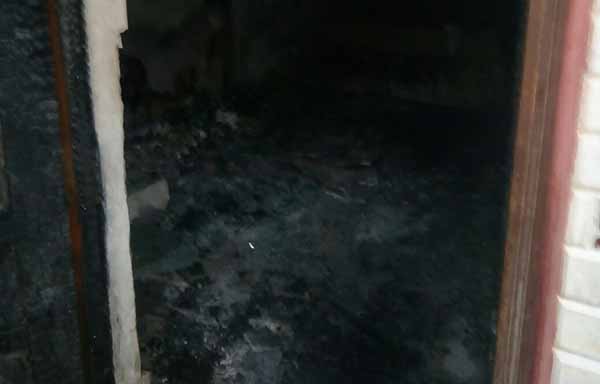 The eyes of many policemen and local residents welled up as the bodies were pulled out of the debris after the fire was doused. The house number – 39 in Sector - 9 belongs to one Sanjeev Garg. Sanjeev was not home when the fire broke out. He and his wife were in Agra. They left for Jaipur after they were informed about the tragedy. His father, Mahendra Garg – an iron trader, Mahendra's two granddaughters Apurva and Arpita, one grandson and a nephew were killed in the fire, police officials said. The fire started sometime around 2 am. 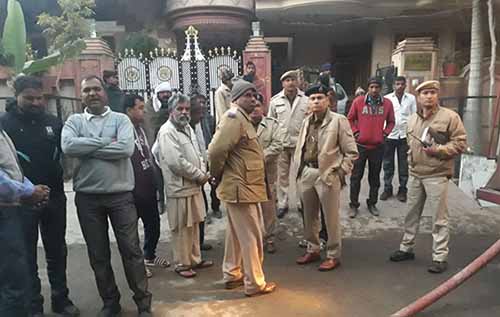 Local residents told The PinkCity Post that the members from three generations of the family had been living in this house for several years. Apurva and Arpita were very close to their grandfather Mahendra Garg who was a prominent iron trader. They used to look after him. Both the girls were sleeping on the ground floor because their father, Sanjeev, was not home. Sanjeev’s son Animesh and nephew Shaurya were sleeping in a bedroom on the first floor of the house when the fire started. Sanjeev was due to return home from Agra on Saturday. According to local residents, the smoke caused by the fire suffocated Animesh and Shaurya to death, while those sleeping on the ground were killed in the LGP cylinder explosions and fire. Local residents rushed the victims to a private hospital where doctors declared them brought dead. The bodies have been put in the mortuary of Kanwatia Hospital. 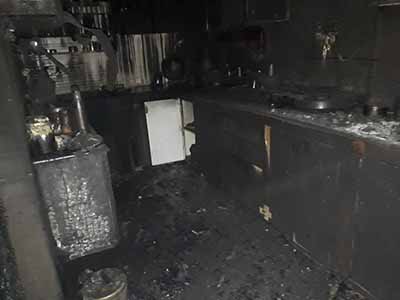 Jaipur fire photo: Kitchen of the house where fire broke out.