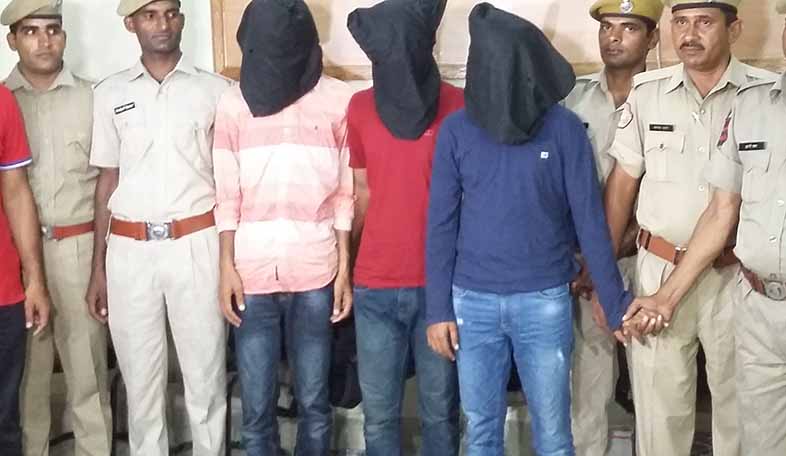 Jaipur: Jaipur police have arrested three men in the case of robbery of 26 kg gold from Muthoot Finance in Mansarovar nearly a month ago. Two of the accused are residents of Bihar, while one hails from Uttar Pradesh. CCTV footages played an important role in the identification and arrest of the three robbers, police said. The police have not recovered the gold.

Police commissioner Sanjay Agarwal said that the robbers had confessed to committing the crime. They were booked under section 394 and 120B of IPC.

The robbers allegedly told the police that they conducted recee of many branches of Muthoot Finance before selecting the Mansarovar branch as their target. The three men bought bikes and took a room on rent in Tonk’s Niwai.

The robbers had walked into the office of Muthoot Finance situated at Madhyam Marg on Rajat Path around 12.48 pm on July 21. There were four employers and two customers in the loan finance company office.