Akshay Kumar and Shabana Azmi to interact with students. 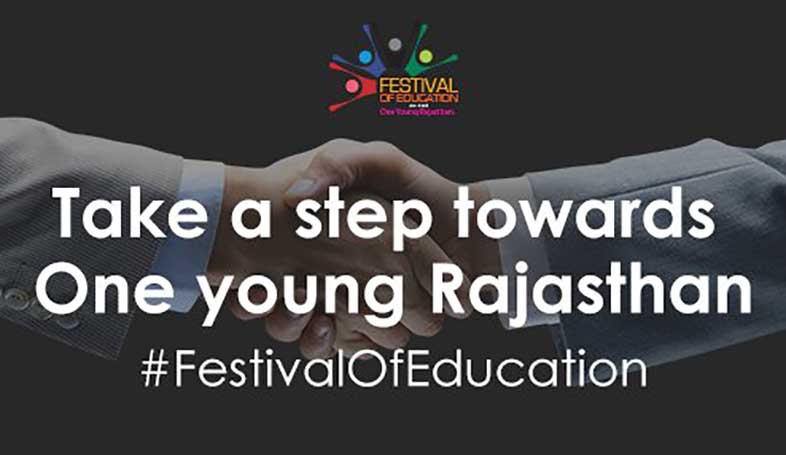 The Festival of Education, Jaipur to be organized at Jaipur Exhibition and Convocation Centre in Sitapura.

Jaipur: The Rajasthan government in association with GEMS Education will organize ‘The Festival of Education’ at Jaipur Exhibition and Convocation Center in Sitapura on August 5 and August 6. There will be a total 20 sessions in the festival with the venue divided into Fundamental Hall and Elementary Hall.

Experts from India as well as overseas will highlight the challenges in the education sector. They will also discuss with the government how it should get updated in terms of the latest technology and teaching methods to overcome these challenges.

Chief minister Vasundhara Raje, MHRD Minister Prakash Javdekar and British Council’s deputy chair Usha Parashar are among the keynote speakers in the fest. Some other noted delegates include representatives from the University of East London, St Mery’s University London and Study of Educational Foundation.

The experts will talk on how to make government schools better equipped to impart quality education and how there is life beyond formal education.

Bollywood superstar Akshay Kumar is set to steal the show with his appearance at 5.30 on Saturday. He would interact with the audience for nearly an hour. Actress and social activist Shabana Azmi will also interact with students.

The festival aims at having a face-to-face interaction with the innovations and new cutting-edge technologies in education sector across the world so that these could be adopted here and Rajasthan could attract newer heights in the field, chief minister Raje said.

“The first ever ‘Festival of Education’ becomes an important event to kickstart our movement. Case studies, demonstrations and constructive narratives during the festival shall pave the way to the dream ‘One Young Rajasthan’,” Raje said.

Related story: Jaipur Festival of Education to be held in August