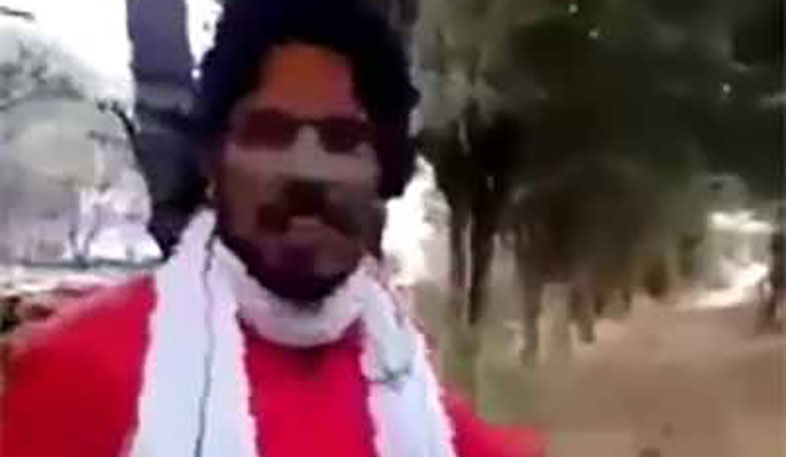 Jaipur: Rajsamand police in Rajasthan produced Shambhu Lal Regar, who allegedly hacked to death a 50-year-old construction worker to death in a court that sent him to five-day police custody for further investigation. Shambhu Lal’s nephew had allegedly shot a video of the brutal murder and circulated it through social media channels.

Heavy police force was deployed in the court premises when the accused was brought there for the hearing.

Rajsamand city has already been turned into a fortress by the police to maintain law and order. Internet services had also been snapped in the city to prevent circulation of the video and rumors. The ban continued on Friday.

The family members of the victim, Mohammed Afrazul alias Bhuttu, demanded capital punishment for the accused man. They said that Afrazul was the only bread earner in the family.

On Wednesday, Shambhu Lal Reger repeatedly attacked Afrazul with a shovel, brutally killing him. He then poured inflammable substance on the body and put it on fire. Shambhu Lal even shot a video of himself while talking about Love Jihad and patriotism.