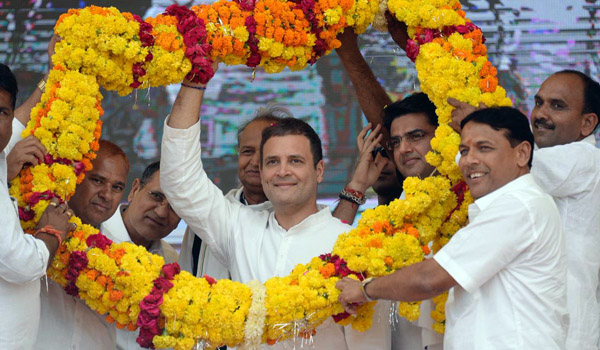 Congress National President Rahul Gandhi reached Rajasthan for his two-day visit on Wednesday. Gandhi addressed a public meeting at Jhalawar and lashed out at Prime Minister Narendra Modi and the BJP-led government in Rajasthan. He made several allegations on the CBI case and Rafale deal.
A public meeting was held at the Praveen Sharma Stadium of Jhalawar on Wednesday. Congress President Rahul Gandhi with other Congress leaders addressed the crowd at the stadium.

Rahul Gandhi said that ‘CBI chief Alok Verma was sent on a vacation forcefully because the CBI chief was collecting the Rafael scam papers. The message is clear from the so-called ‘chowkidar’ (PM Narendra Modi) that everything around the Rafael scam will be removed and destroyed. The country and the constitution are under threat.’

‘Sushma Swaraj has close relationships with Lalit Modi. So, this time, rather than clapping, press the Congress button in elections’, added Gandhi

Gandhi then left for his road show from Jhalawar to Kota after the public meeting. It was an 85 km long journey to Kota. The tour was welcomed at different places on the way and reached Kota at night. Rahul Gandhi stayed in Kota at night. 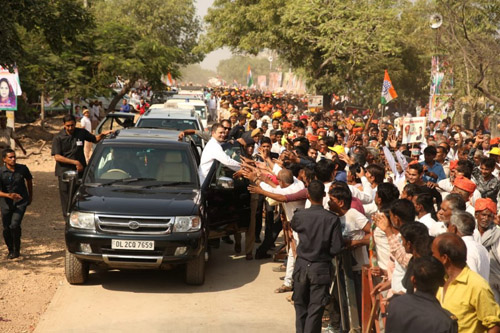 Congress president Rahul Gandhi made the following allegations while addressing the public meeting at Jhalawar on Wednesday.