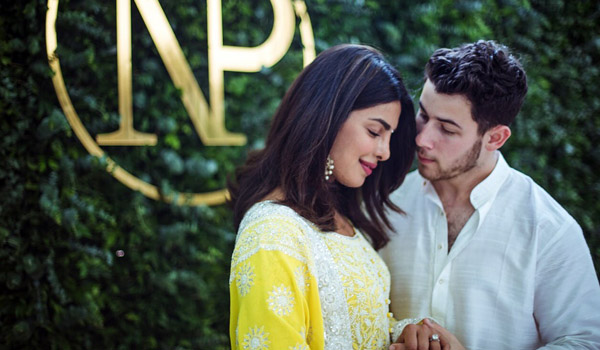 Jaipur: The countdown for the much-awaited wedding of Bollywood actress Priyanka Chopra with American Singer Nick Jonas has begun. The wedding ceremonies will take place at Jodhpur’s Umaid Bhawan Palace from Thursday. The celebrity couple will arrive at Umaid Bhawan Palace in a special charter aircraft on Wednesday.

The Umaid Bhawan Palace will be completely closed for general public for five days during this royal wedding.

According to the sources, Priyanka and Nick with family members will reach Jodhpur on Wednesday. The Jonas family has already arrived in Mumbai.

Most ceremonies are proposed to take place at Umaid Bhawan Palace. On the other hand, tourism season is at peak these days. A large number of people will arrive in Jodhpur to visit the Umaid Bhawan, but the palace will be closed for general public till December 3.

The couple will get hitched in a traditional Indian ceremony on December 2. Wedding ceremonies in a church will take place on Dec 3. The couple will host two lavish receptions for their families and friends, in Mumbai and Delhi. The Delhi reception will be on December 4 for Priyanka’s relatives.

Some Hollywood celebrities are also expected to attend this royal wedding in Jodhpur. It will be a three-day-long event from November 30 to December 2.

Rajasthan has become a top choice for rich and celebrities when it comes to choosing the perfect place for their ‘Destination Wedding’. Jodhpur is among the most popular place in Rajasthan for a perfect destination wedding due to the city’s heritage and royal traditions.