Nomination papers will be filed from 11 am to 3 pm. Candidates have seven days to file their nominations. 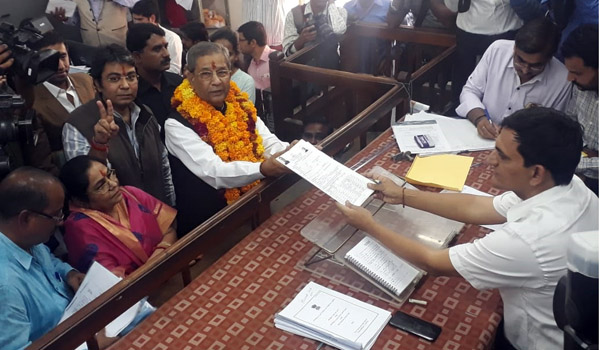 Ghanshyam Tiwari while filing the nomination at returning office on Monday.

Security was beefed up at district collectorate building to maintain law and order. CCTV cameras have been installed.

According to Chief Electoral Officer Anand Kumar, scrutiny will take place on November 20 and nominations can be withdrawn by November 22.

Nomination papers will be filed from 11 am to 3 pm. Candidates have seven days to file the nominations, added Kumar.

At the time of filing the nomination:

The polls will take in Rajasthan on December 7. The results for all these five will be declared on December 11.

The Congress party will also release the first list of its nominees on Monday.