Senior district administration officers said that the pile-up was caused by thick fog in the morning. 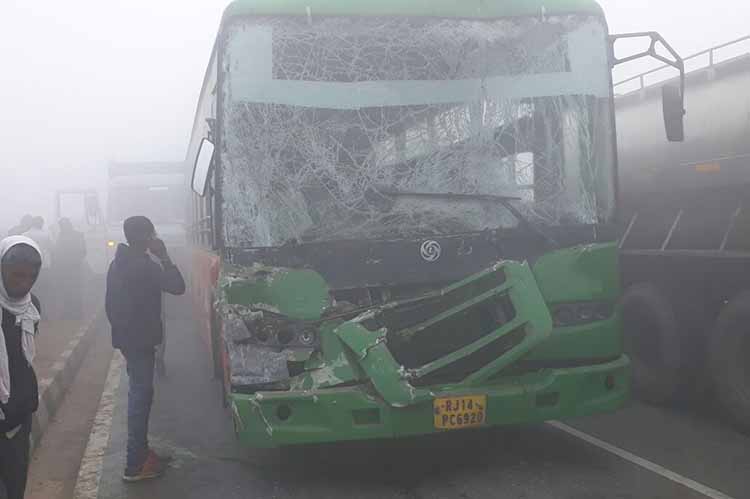 Jaipur: The death toll in the road accident on National Highway (NH) – 11 has climbed to 2. At least 45 people were wounded in the massive pile-up. Of them, 30 are still undergoing treatment at SMS Hospital in Jaipur.

Senior district administration officers said that the pile-up was caused by thick fog in the morning.

Hundreds have been injured and many feared dead in a road accident on NH-11 near Kanota in Jaipur. Image credit: Post Staff

“The mishap occurred near Kanota flyover on NH-11,” said a senior officer.

A police officer said that while one person had died on the spot and declared dead at SMS Hospital, one more succumbed to injuries near noon.

“We are trying to identify all the victims and contacting their family members,” said the officer. 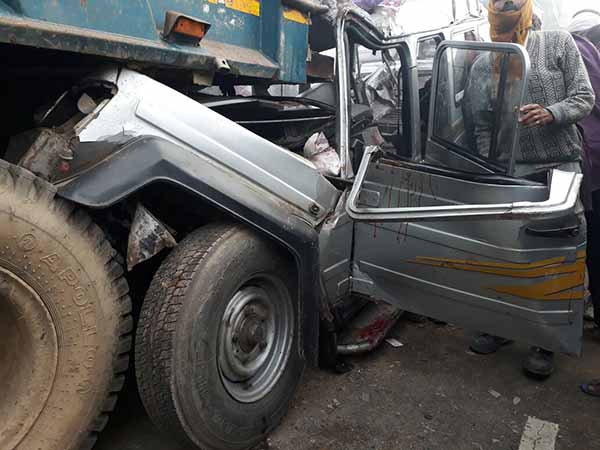 After the mishap occurred, residents of nearby villages rushed to the spot and helped police in the rescue operation.

AMD (south) Meena told The PinkCity Post that injured were rushed to at least six different hospitals. “Those who sustained serious injuries were rushed to SMS Hospital. About 20 people have been discharged after primary treatment. Thirty others are undergoing treatement at SMS Hospital. At least one person has succumbed to injuries,” said Meena.

He said that at least eight cranes were pressed into service to tow away the vehicles involved in the mishap.