A couple and their domestic help sustained serious burn injuries. The man died, while the woman and the domestic help are struggling for life at a hospital. 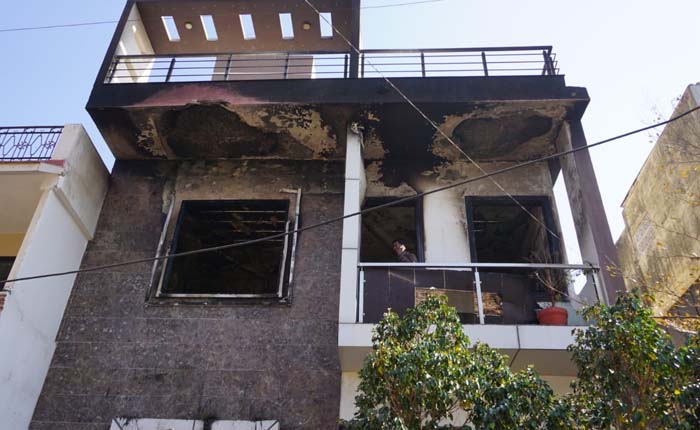 The house in Ambabari where the fire broke out on Sunday.

Jaipur: A major fire broke out at a house in Amba Bari in Vidhyadhar Nagar area of the city on Sunday. A couple and their domestic help sustained serious burn injuries. The man who was in his forties died, while the woman and the domestic help are struggling for life at a hospital. A dog also suffocated to death. The neighbours said that the pet, called Bruno, could have escaped, but he didn't because he tried to rescue his master who had fallen unconscious in the house. According to the preliminary reports, the house owner was identified as Sanjeev Ohlan.  He ran an event management agency and had been a cricket player. The fire broke out at House Number - E86. Sanjeev lived with his wife Suman and a domestic help in Ambabari. Officials said that prima-facie the cause of fire seems to be short-circuit. 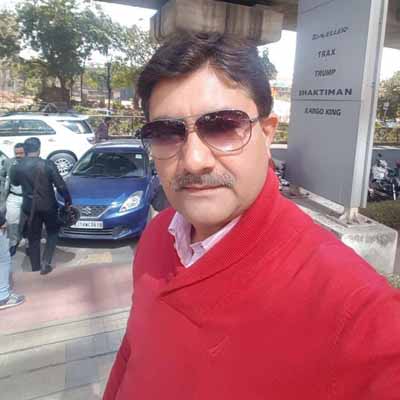 Sanjeev and domestic help Jai Singh were sleeping on the first floor, while Sanjeev's wife and their son were on the ground floor when the fire broke out. The fire started from the first floor, according to preliminary reports. A dog was also charred to death in the fire. As the neighbors saw smoke bellowing out of the building, they informed the fire and police control rooms. Fire tenders rushed to the spot and the JMC teams launched a rescue operation. All the victims were unconscious by the time they were pulled out of the Ambabadi house. Fire fighters pulled Sanjeev and Jaisingh out of the house, but by the time they went back in to rescue the pet, he had been charred to death. Sanjeev also succumbed to injuries on way to hospital. Officials said that the man died of asphyxia and burns, while the woman and the domestic help are undergoing treatment. The fire was controlled; however the house was completely gutted. The fire remanded people of a similar fire in Vidhyadhar Nagar which killed five members of a family. They were burnt to death when a massive fire broke out at a house in Shanti Kunj area of Vidhyadhar Nagar Sector 9 in February last year. The fire was triggered by short-circuit. It engulfed the entire house when two LPG cylinders in the kitchen exploded. The deceased were identified as Mahendra Garg (75), Shaurya Garg (25), Animesh Garg (22), Apurva (24) and Arpita (20). (It’s a developing story and will be updated).
Follow @ThePinkcityPost