Panic gripped Rajeev Ganghi Nagar when some people spotted a panther in the colony. They informed the police and forest department following which a rescue team was rushed to the spot. 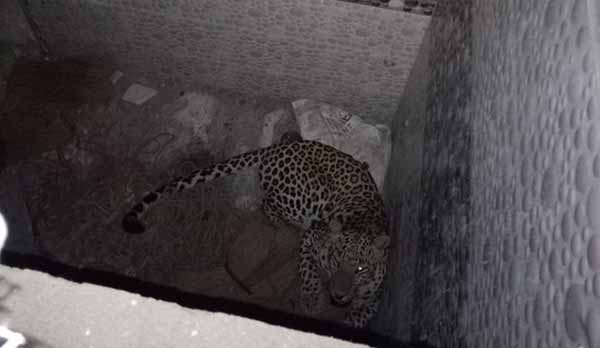 Panther hiding in a house in Rajeev Gandhi Nagar of Jagatpura.

Jaipur: A panther strayed into Rajeev Gandhi Nagar in Jagatpura area of Jaipur on Friday, creating scare among local residents. There were reports that the panther even attacked a man, injuring him on his legs.

It took a rescue team of forest department almost three hours to tranquilize the animal that had taken shelter in the bathroom of an under-construction house. After a health evaluation, the panther was released into the forests.

Panic gripped Rajeev Ganghi Nagar when some people spotted a panther in the colony. They informed the police and forest department following which a rescue team was rushed to the spot.

“It seems the panther had strayed into the residential area from nearly Jhalana forests in search of food. We were informed about his presence in Rajeev Gandhi Nagar around 8 am,” said Mathur. 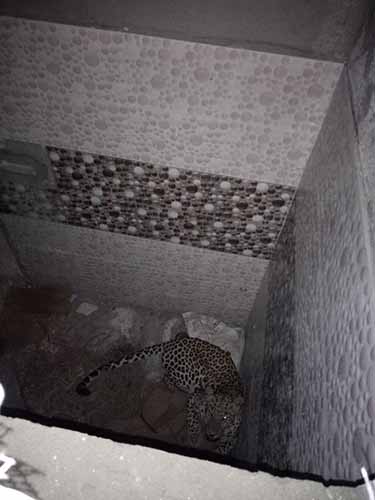 He added that the team first located the panther hiding in the bathroom of an under construction building.

“We knew that the panther was in the building, but it was quite challenging to know in which part of the house he was hiding. We first sealed all the exits of the building so that the animal couldn’t escape and then started searching the house room by room,” said Mathur.

He added that once he was spotted in the bathroom, the next challenge was how to approach and tranquilize him.

“There was only one entrance for the bathroom. We couldn’t tranquilize the animal from the bathroom’s gate, so what we did was go to the first floor and tranquilize it from the window of a room,” said Mathur. 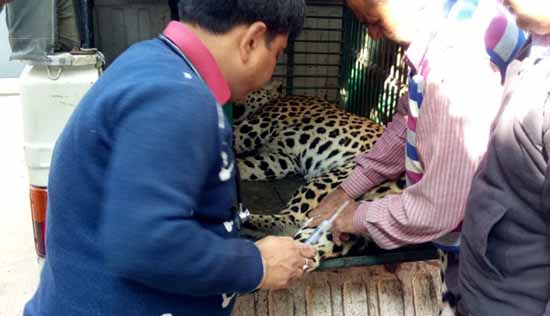 The rescue team approached the animal after he was unconscious and then conducted a medical examination. When he was found healthy with no injuries, the rescue team released him into the wild.

“The colony is very close to Jhalana forest. It seems the animal strayed into the residential area in search of food,” said Dr Mathur.