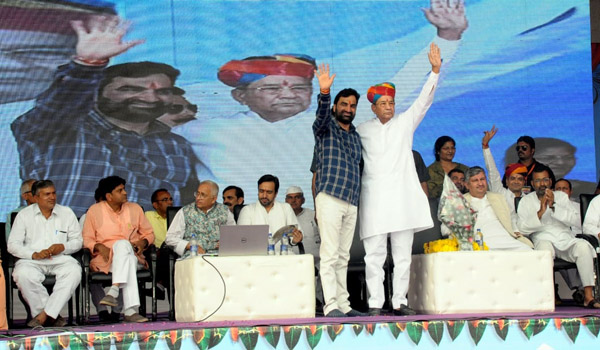 Jaipur: Independent MLA from Khinvsar constituency Hanuman Beniwal floated his party on Monday and named it ‘Rashtriya Loktantrik Party’. While addressing a public meeting at a ground in VT Road area in Mansarovar, Beniwal said that his new party would cause both BJP and Congress to retire from politics. 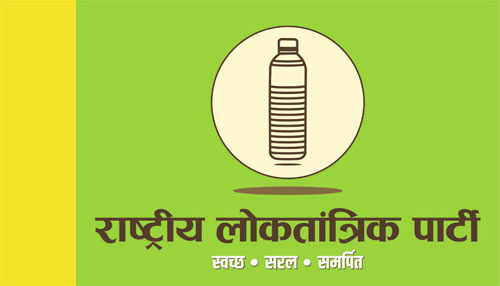 Thousands of people from several districts in Rajasthan attended the ‘Kisaan Hunkar Maharally’ taken out by MLA Hanuman Beniwal. Some of the supporters were wearing ‘Jat Community’ self-designed t-shirts in the support of Jats. Some others were wearing caps on which ‘Hanuman’ was written. Supporters were dancing at the DJ beats during the rally as a show of their support for MLA Beniwal and his newly formed party. 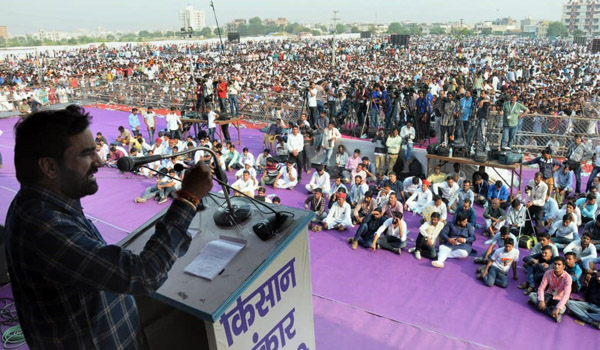 MLA Hanuman Beniwal while addresing the crowd at his ‘Kissan hunkar Maharallly’ at Jaipur on Monday.

Jat leader Beniwal took out a roadshow from Mansarovar to Sehkaar Marg of Jaipur on Sunday. The roadshow was conducted to invite people to the larger version of the ‘Kisaan Hunkar Maharally’ on Monday.

Beniwal said that he will announce his party name on October 29 during Maharally at Jaipur in front of lakhs of people. Beniwal while addressing the gathering on Sunday said, “Today’s roadshow is just a trailer and you will get to see the entire show on Monday”

The party will support the third front in the state which is immensely needed because people are suffering from the misrule of BJP and opposition Congress too could not act as an effective opposition in the state, added Beniwal.

Beniwal had won in 2008 on BJP ticket but was suspended from the party in 2012 due to differences with Vasundhara Raje. In 2013, he contested as an independent from Khinvsar and won.