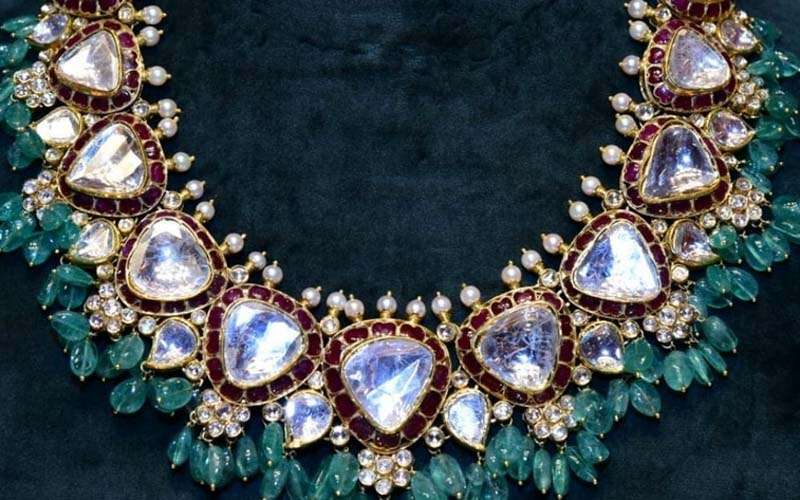 Jaipur: The theme poster of Jaipur Jewellery Show (JJS-2022) was launched by model and actress Mahek Chahal at Hotel Jai Mahal Palace. The event’s theme this year is 'Emerald…Timeless Elegance'. JJS – 2022 is scheduled to be organized at JECC from December 23 to December 26.

The event was attended by the organizing committee as well as many other renowned jewellers. Mehak Chahal said that she was very happy to be in Jaipur. It’s a world-famous city for its beautiful jewellery and colourful gems. She said that she was looking forward to coming back to Jaipur for a special photoshoot and participating in 'JJS'.

JJS Organizing Committee Chairman Vimal Chand Surana said that the event had come a long way since it started in 2004 with just 67 stalls. And the show had more than 800 stalls last year, he said. Secretary Rajiv Jain said that there would be around 900 booths and 500 exhibitors. The organizers are expecting a footfall of 35,000 to 40,000 domestic visitors as well as many prominent international businessmen. 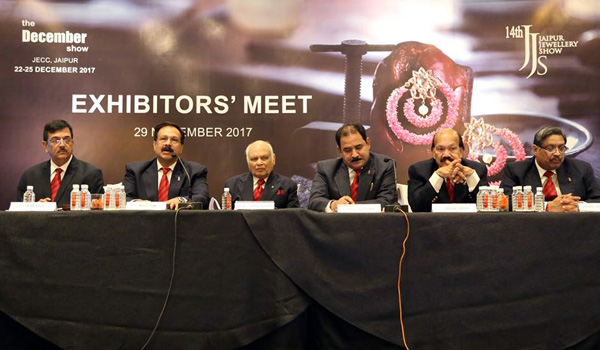 He also informed that there would be a Pink Club for the first time this year. It will have 50-60 booths for B2B interaction.

During the launch of the theme poster, 12 members of Emerald Promotion Group were honoured with certificates by Brand Ambassador Mahek Chahal. Spokesperson Ajay Kala said that JJS remains the number 1 show in B2C and number 2 in B2B in the country.