The deceased 18-year-old Khwahish was a student of class 12 of RBSE board. She appeared for her Geography paper on Thursday and lived with her family near Guro Ka Talab area of Jodhpur city in Rajasthan. 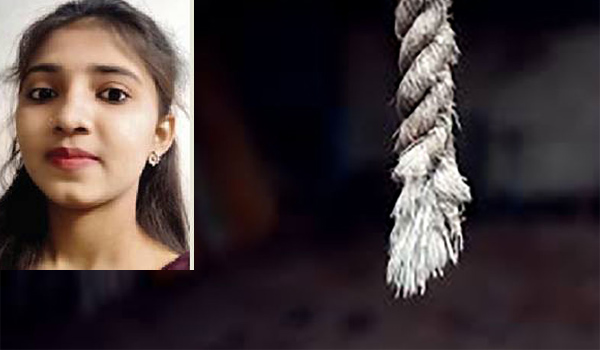 Jaipur: A class 12th girl student identified as Khwahish (18) hung herself to death over exam stress on Thursday in Jodhpur. She came home after appearing in her Geography paper at exam center and committed suicide, said police.

Police suspect that the deceased might not have performed well in the exam due to which she was so disturbed that she committed suicide. Further investigation is on.

The deceased 18-year-old Khwahish was a student of class 12 of RBSE board. She appeared for her Geography paper on Thursday and lived with her family near Guro Ka Talab area of Jodhpur city in Rajasthan.

Her father works at a refinery in Barmer and brother is posted in Bhilwada. She was the youngest child in her house and has two elder sisters.

According to her family members, Khwahish was a brilliant student. She scored 77 % marks in the 10th board exams and wanted to pass class 12 with merit numbers.

According to the police, Khwahish was disturbed after returning from the exam center on Thursday following which she hung herself from the ceiling fan in her room. She was alone in the house as her mother went out to market to buy some milk.

Similarly, a class 12th student identified as Sandeep committed suicide by jumping off the sixth floor of his exam center building in Sikar allegedly due to exam stress on Monday. The incident took place near the Income Tax office of Todinagar in Sikar.

In another suicide incident at Jodhpur, a soldier identified as 56-year-old Jagga Singh committed suicide due to prolonged depression over his son’ death which took place two years ago. Singh lived in army quarters near Ratanada area of Jodhpur. He was the resident of Punjab and hung himself to death at his room on Wednesday morning.