Commerce College first cut-off list 2022: All you need to know

It is for the first time that Rajasthan University has released the cut-off list for 100% seats.

Here are some important links to get the merit list - 2022 for Commerce College: 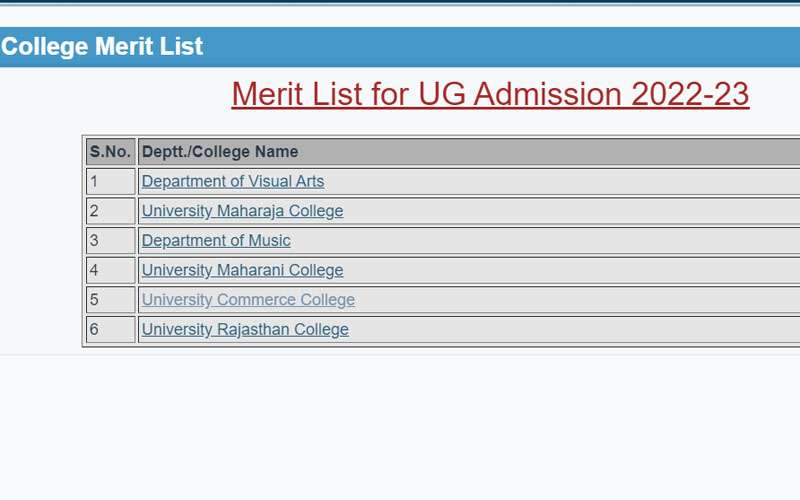 RU used to release at least 4 cut-off lists in the past.

“We want to get the process finished as soon as possible. The students can start submitting their documents and completing other formalities now so that they get their ID cards on time. It would be necessary for them to have an ID card to register as a voter,” said a RU officer.

He added that the percentile formula is not being followed for admissions this year. The cut-off list is based on the actual marks received by the candidates in class 12.