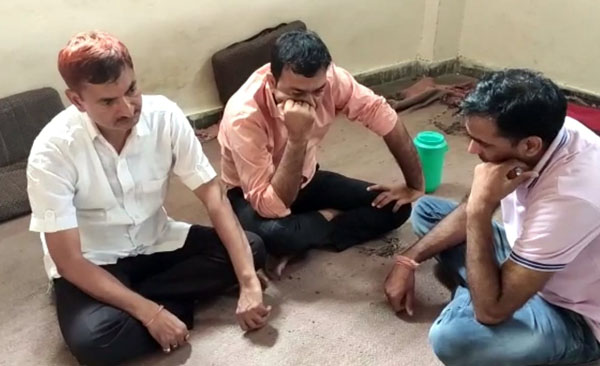 Jaipur: A day after BD Kumawat – joint secretary in mining department and his two middlemen were arrested for taking bribe, ACB carried out searches at their house and other places belonging to them. According to preliminary reports, documents indicating ownership of assets worth crores of rupees were recovered.

From the Jaipur-located house of Kumawat, the ACB recovered 14 bank accounts in the name of his wife and son and two lockers. Besides, documents pertaining to six plots and houses in the name of Banshidhar Kumawat in Jaipur, Ajmer, Kishangarh and Rainwal were recovered. The wife owns two plots in Ajmer, and nine plots and shops in Kishangarh, Ajmer, Nathdwara and Jaipur. Agriculture land measuring 18 bigha is owned jointly by the officer, his wife and their son in Bundi.

The ACB recovered documents pertaining to 90 properties from the house of middleman Om Singh. The market value of these properties is believed to be Rs 7 crore.

ACB arrested Kumawat – joint secretary in mining department – on Thursday after he was allegedly caught accepting a bribe of Rs 4 lakhs through his middlemen, senior ACB officials said. Two middlemen – Vikas Dangi and Om Singh – were also arrested. Joint secretary Banshidhar Kumawat was allegedly demanding bribe to give a Chittorgarh-based minor a stay against the penalty amount of Rs 8.3 crore.