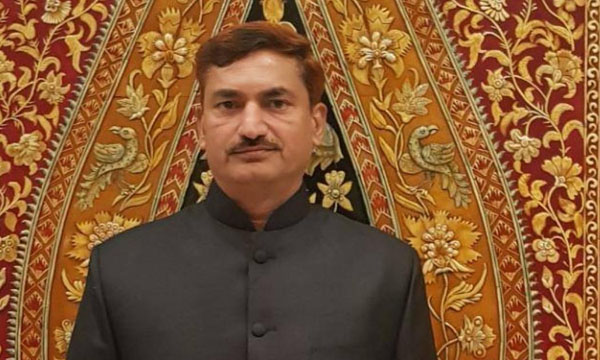 Banshidhar (BD) Kumawat who was arrested by ACB for taking bribe.

Jaipur: In a major trap, the Rajasthan anti-corruption bureau (ACB) on Wednesday arrested BD Kumawat – joint secretary in mining department – after he was allegedly caught accepting a bribe of Rs 4 lakhs through his middlemen, senior ACB officials said. Two middlemen – Vikas Dangi and Om Singh – were also arrested. Joint secretary Banshidhar Kumawat was allegedly demanding bribe to give a Chittorgarh-based minor a stay against the penalty amount of Rs 8.3 crore. The officer and the middlemen have been booked under various sections of the Prevention of Corruption Act. Further investigation is going on.

The trap was organized under the supervision of ASP Prithavi Raj Meena. According to ACB officials, a minor had approached the agency complaining that BD Kumawat was demanding bribe to provide a stay on a penalty imposed by the mining department.

“The complaint was verified when one of the middleman – Vikas Dangi – took Rs 7 lakh from the ACB complainant. He kept Rs 7 lakh for himself and gave the remaining amount of Rs 5 lakh to Om Singh. The trap was laid. BD Kumawat was caught red-handed when Om Singh was handing over Rs 4 lakh to him on Wednesday,” said an ACB officer.

The ACB teams are carrying out searches at the house and other places belonging to Banshidhar Kumawat. Further investigation is going on.