26 units of all women ‘anti-Romeo squad’ introduced in Jaipur

The main objective is to prevent cases of eve-teasing and harassment with women. 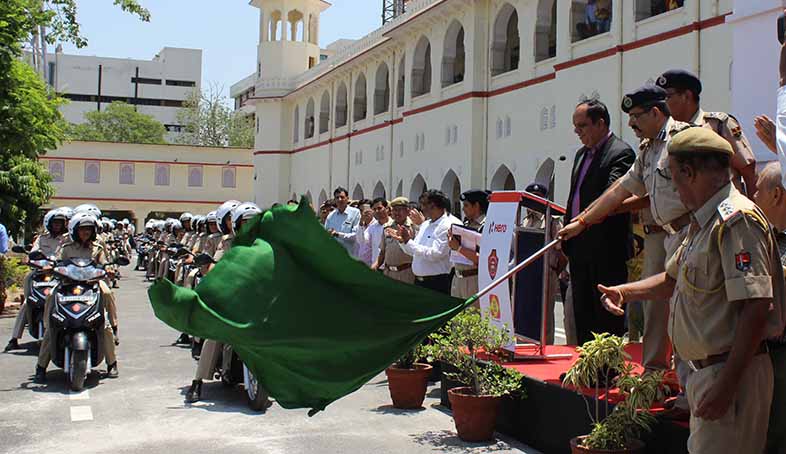 Jaipur: Police commissioner Sanjay Agarwal on Monday flagged off lady police patrolling units to keep a watch on incidents of eve-teasing and harassment of women and girls at public places and take immediate preventive measures. While the units are widely being dubbed as ‘anti-Romeo squads’ on the lines of similar units in Uttar Pradesh, the city police said their initiative was unique. The units didn’t have anything to do with ‘anti-Romeo squads’ introduced by their counterparts in Uttar Pradesh. police officials said. “The main objective behind introducing these units is to prevent cases of eve-teasing and harassment with women in the city. Since the units consist of only policewomen, the victims will be able to approach them without hesitation,” said Agarwal. He thanked Hero Motor Corp for providing 100cc scooties to the police commissionerate. The units will patrol the city roads on these vehicles. DCP, headquarters Gaurav Srivastava said that 26 teams had been constituted. Each unit will have two policewomen. “These policewomen have been imparted training. They will be armed with wireless sets. Each scooty will have public address system, sirens, flash lights, first aid kits, etc,” said Srivastava. In cases of emergencies, the units will immediately report to the police control room and act after getting instructions from senior police officers, he said. Add DCP, control room Kamal Shekhawat has been appointed as a nodal officer to coordinate with these units. Policewomen will be deputed at girls colleges, schools, malls, parks and other crowded places in the city. Senior police officers were present at the occasion.
Follow @ThePinkcityPost