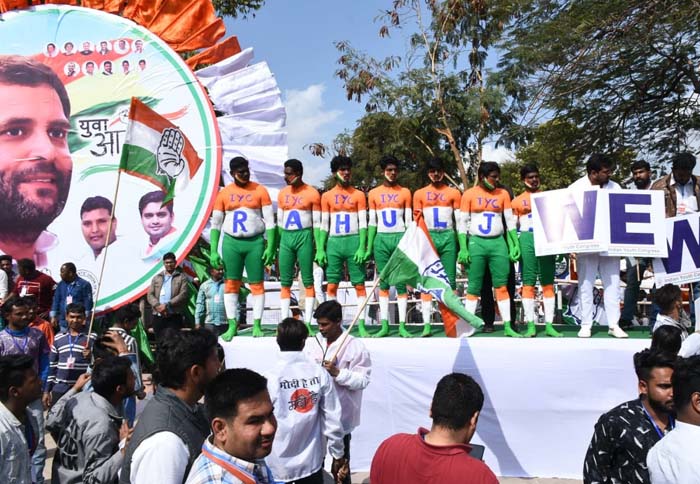 Jaipur: Rahul Gandhi’s Yuva Akrosh Rally was organized at Albert Hall in Jaipur on Tuesday. Addressing the crowd, Rahul said that the central government was responsible for over 1 crore youth losing jobs last year. He blamed the Narendra Modi government for unemployment, inflation and weakening economy.

Rahul Gandhi said that the country has the best and smartest youths in the world.

“The youth of India can change the world, but today’s youth is a victim of unemployment. Last year, one crore youth lost employment,” said Gandhi.

Rahul said that the central government has turned a blind eye to the issues concerning youths. “Today, the unemployment rate is the highest in 45 years,” Rahul said.

He also accused the government of implementing GST without any plan or preparations. “Small businesses have suffered losses and were shut down due to GST. The GST has made it difficult to do business in the country and weakened the economy instead of boosting it,” he said.

Rajasthan chief minister Ashok Gehlot and deputy chief minister Sachin Pilot also addressed the rally. Traffic was diverted at many places in the city.  The route for buses coming from Delhi and Agra was also changed. Some schools in close proximity to the rally spot announced leave.

The Congress leadership in the state left no stone unturned to make the rally a huge success.