Nineteen-year-old Narendra and his four friends including Prakash Gujjar (20) were on their way to Salasar in a car when the mishap occurred. 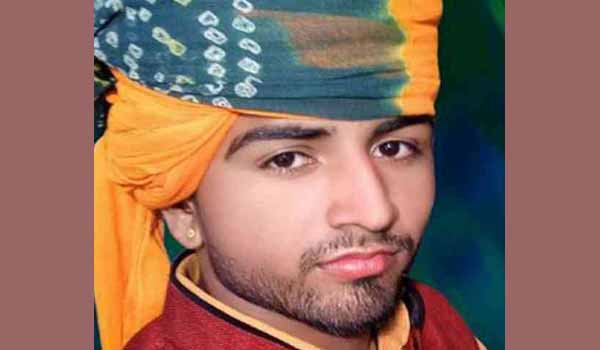 Jaipur: A local BJP leader, identified as Narendra Rajput was among two youths killed in a road accident on National Highway – 65 near Salasar in Sujangarh area of Churu district on Tuesday. Narendra was an office-bearer of BJP Yuva Morcha in Sujangarh.

A police officer said that the accident took place on National Highway – 65 around midnight on Monday. Nineteen-year-old Narendra and his four friends including Prakash Gujjar (20) were on their way to Salasar in a car. The vehicle was overspeeding. It hit a pillar at the entrance of Salasar. Both Narendra and Prakash were in the front seats. Narendra was driving. Both were killed on the spot.

Three others including Kismat Singh Rajput (19), Narendra Mund (19) and Ranjeet were injured in the mishap. While Ranjeet was discharged from hospital after primary treatment, Kismat and Narendra sustained serious injuries and are still under observation.

The bodies of Narendra and Prakash were handed over to family members after a postmortem examination.

As the news of accident spread in the area, a huge crowd of people gathered at the hospital where the bodies were being kept for the postmortem examination.

The death of the two young men in the accident shocked everyone in Sujangarh.