Woman to light up lives after death in bull attack, family donates her eyes

The deceased Sanjana Gurjar (30) was living with her husband Rajesh Gurjar and three kids Jiya (7),Pari (5) and Maanveer (3) near Khania in Jaipur. 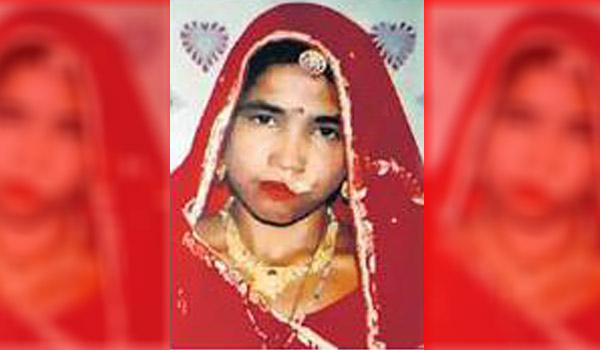 Woman who died in bull attack

Jaipur: A 30-year old woman identified as Sanjana Gurjar was gored to death by a bull near Agra road in Jaipur on Thursday, while she was trying to save her 7-year old daughter from the attack. The incident happened on November 19. Sanjana died while undergoing treatment at SMS hospital on Thursday. After the post-mortem examination of her body, Sanajana’s family members donated her eyes.

The deceased Sanjana Gurjar (30) was living with her husband Rajesh Gurjar and three kids Jiya (7),Pari (5) and Maanveer (3) near Khania in Jaipur.

She went to drop her kids to school four days ago. According to the police, ‘Two bulls were fighting and Sanajna’s seven-year old daughter, Jiya got trapped between them. In order to rescue her, Sanjana fought the bulls and rescued her daughter. One of the bulls hit Sanjana with its horn. Sanjana got severe injures on her stomach and head. Locals rushed her to SMS Hospital, where she died while undergoing treatment.

The postmortem examination of Sanajana’s body conducted on Thursday evening. Her family members decided to donate her eyes.

Many of the stray animals roam freely on highways and cities, due to which several mishaps has happened in the past. The negligence of Jaipur Municipal Corporation (JMC) related to stray cattle has took several lives.

This is the third stray cattle accident in the city in last one year. Last year, a 29-year-old Argentinian national was gored to death by a bull in the walled city near Tripolia bazzar. A woman was hit by a bull while walking in Jaipur this year.

Stray animals are becoming a major problem of the city and the JMC has to take strict actions related to the cause.