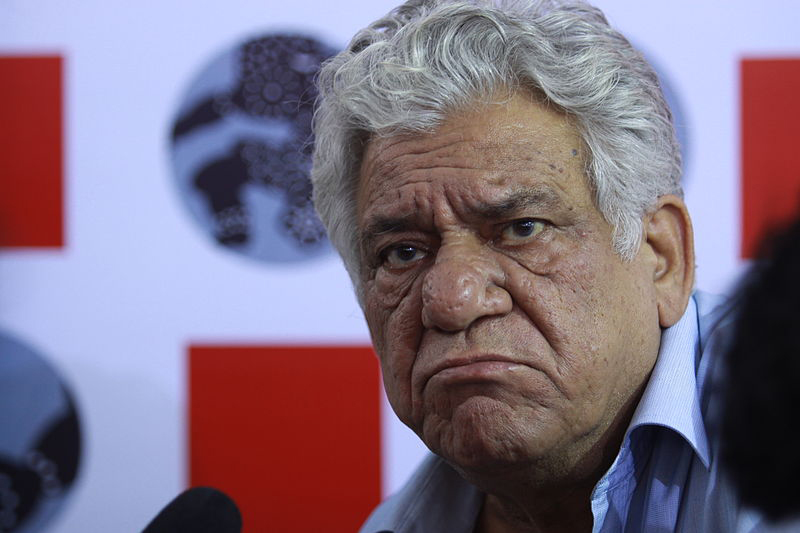 No one can argue the fact that Om Puri was one of the most versatile actors who ruled Bollywood for nearly five decades. His talent in acting and never-die attitude established him as a veteran actor in the film industry.

People were shocked to hear the news of the 66-year-old actor’s demise following a massive heart attack early on Friday morning. Om Puri’s friends and colleagues from Bollywood thronged his Andheri residence to pay their last respects to the actor. Puri’s body was taken to Cooper hospital for postmortem. The funeral is scheduled to take place at 6 pm.

Om Puri was born in Ambala Haryana on October 18, 1950. Despite his average look, he aspired to become an actor since his early childhood. It was due to his his love for acting that he attended the Film and Television Institute of India in Pune. He then enrolled in the National School of Drama where he was lucky to have actors like Naseeruddin Shah as his schoolmate.

His love for challenging roles

Om Puri acted in several mainstream movies, but he was most acclaimed for his roles in movies like Ardh Satya and Paar. Using his talent as an accomplished state actor, he looked natural in almost any kind of a role.

Not only Bollywood, the actor appeared in Pakistani, British and Hollywood films. The actor has received an OBE as well as Padma Shri, the fourth highest civilian award of India. Prime Minister Narendra Modi also condoled his death. “The Prime Minister condoles the passing away of actor Om Puri & recalls his long career in theatre & films,” PMO India tweeted.