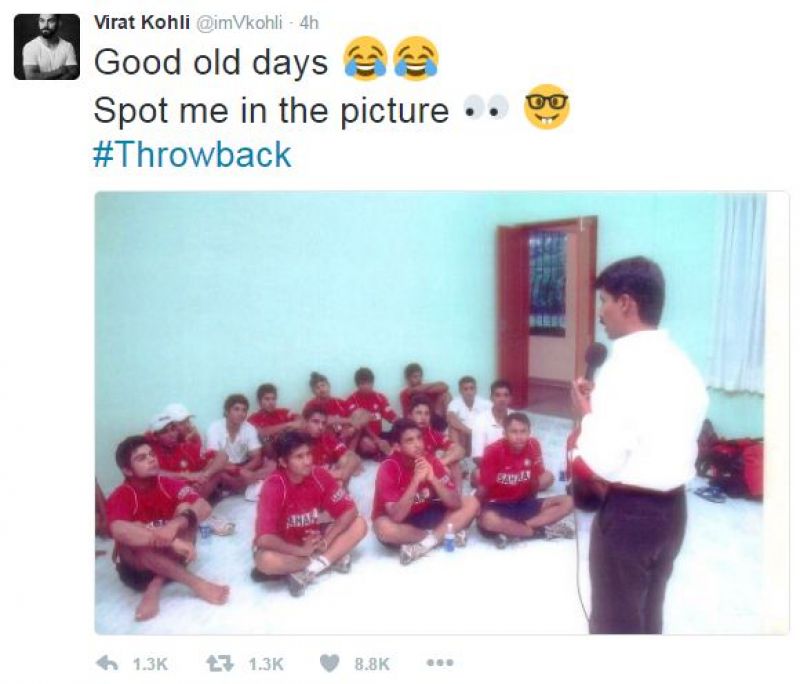 Mumbai: Virat Kohli took social media by storm after he posted a rare photo of himself on Twitter and Instagram on Thursday.

Thousands of his fans responded to his tweet after he threw them a challenge. The photo was apparently from his days as a junior cricketer. He asked his fans to try and “spot” him in it.

Good old days ??
Spot me in the picture ? ?#Throwback pic.twitter.com/1ge18EReDT

“It is quite surreal. I never thought this day is going to come to my life. When I came to the team, I was always looking to perform, get more opportunities and build solid consistent career and contribute to the team in winning games,” said the prolific right-handed batsman said on Wednesday.

The new skipper showered praise on Dhoni saying that the outgoing skipper would always be his captain.

“These are massive shoes to fill, there is no doubt. If you think of MS Dhoni and the first word that comes to mind is captain …You don’t relate MS Dhoni in any other way. For me, he is always going to be my captain because I started my career under him,” Kohli said last week.