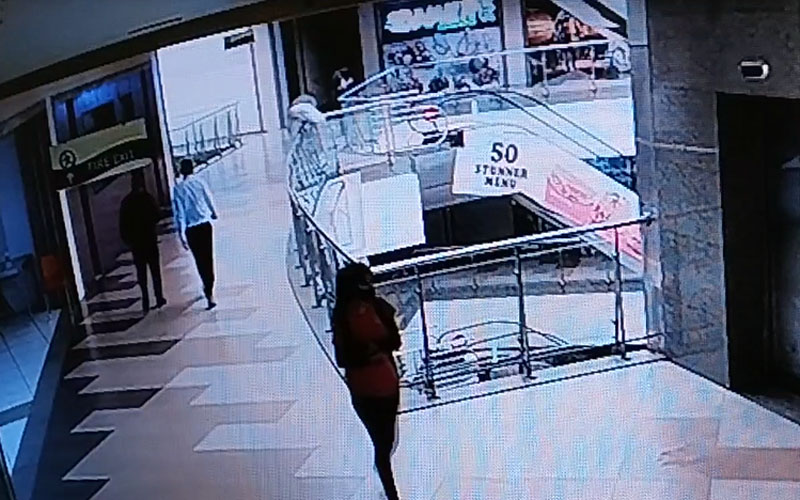 Jaipur: A 22-year-old BCom student committed suicide by jumping off the third floor of Triton Mall in Jhotwara area of Jaipur on Saturday. He died on the spot. Since the incident took place inside the mall, the people panicked when they saw him lying in a pool of blood. The police officials said that as per the family members, the man was grappling with depression. The CCTV footage of the incident also went viral.

The deceased man was identified as Rohit Jain. He was an aspiring charted accountant (CA) and was in BCom second year. Rohit jumped from the third floor here as soon as the mall opened at around 9 am, police said. He died on the spot due to severe injuries to his head. After receiving information about the suicide, a police team rushed to the spot and took him to Kanwatia Hospital, where he was declared brought dead.

ACP (Jhotwara) Pramod Kumar Swamy said that the youth reached the third floor of the mall using an elevator. He took off his slippers and then committed suicide by jumping over the railing of the third floor. On hearing a loud thud, people rushed to the spot where Rohit fell and saw him in a pool of blood.

Rohit was a resident of Vaishno Devi Nagar, Jhotwara. He was B.Com second year student and an aspiring CAThe relatives told the police that he was under stress for the past several days. He was also undergoing treatment for the same.

No suicide note, ID or mobile phone was found. The police put the body in the mortuary of Kanwatia Hospital for post-mortem.