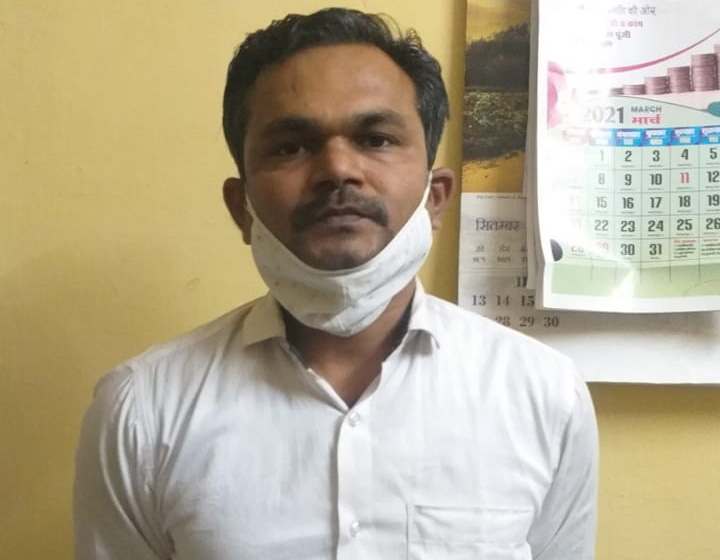 Tehsildar who was arrested by ACB in Sirohi

Jaipur: A video of a tehsildar in Sirohi burning cash worth Rs 20 lakh on his kitchen stove to destroy evidence of bribery and evade Anti-Corruption Bureau (ACB) went viral on Thursday.

In the video, accused Kalpesh Jain could be seen hurriedly trying to burn the cash on his stove, even as the ACB official were seen asking him to open the gate not destroy the evidence.

Jain was later arrested by the ACB after officials broke through the main door and stopped him from further destroying the evidence. The officials also recorded the video of the accused and his wife setting huge wads of cash on fire. The ACB officials who were standing outside the kitchen kept imploring Jain to open the gate and let them in.

“When we asked him what he was doing, Jain replied that he was making tea for guests. It was a very bizarre situation, when he finally opened the kitchen window, we could see him and his wife burning the cash, even then he refused to open the door,” said an ACB official, adding that the exasperated team decided to shoot the vide of Jain’s act in order save the evidence.

The ACB official said that earlier in the day, they had arrested one revenue inspector while taking a bribe of Rs 1 lakh. The inspector admitted to have taken the bribe at the behest of Jain, following which the ACB raided Jain’s house but had to wait for Jain’s theatrics to complete. The bribe money was taken for by Jain for a tender work.

The accused is booked under different sections of the prevention of corruption act.