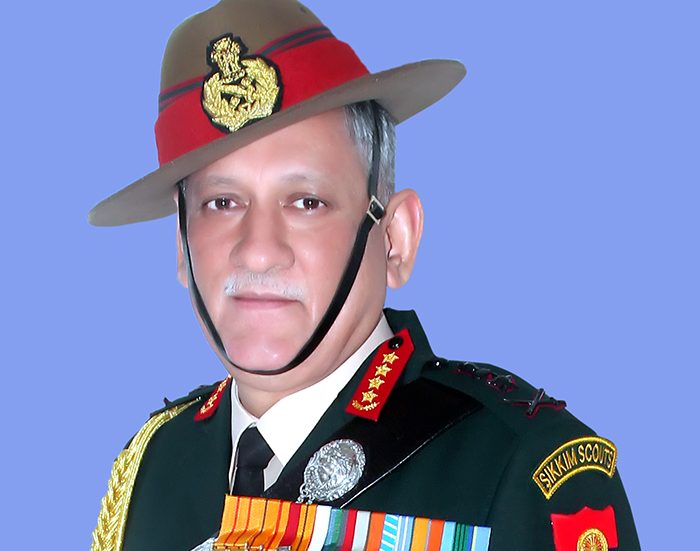 Army chief Bipin Rawat reacts to a Facebook video posted by a solider accusing corruption in the army and complaining of bad quality food for jawans.

He was reacting for the first time to a Facebook video posted by a solider accusing corruption in the army and complaining of bad quality food for jawans.

While addressing the Army Day Function, army chief Rawat referred to the use of social media by soldiers to voice grievances as crime. “A few colleagues are using social media to draw the media’s attention to their problems. It affects the morale of the jawans and thereby the army… You can be held guilty of a crime… and get punished,” he warned.

He said that soldiers can approach him directly if they have any grievances, but in no way they can use social media because this was not how the army operated.

Tej Bahadur Yadav had kicked up a controversy recently when he posted a Facebook video saying that the quality of food served at the Line of Control by the Border Security Forces (BSF).

As the video went viral, Yadav’s statements drew attention of the mainstream media, causing embarrassment to the army.

Besides causing embarrassment to the army, the attention also encouraged other soldiers to post videos on social media channels including You Tube.

Responding to the storm created by Yadav, army officers posted a video in defense. The officers said that such videos are a threat to the army and its discipline. “The Army doesn’t operate through WhatsApp, Facebook or TV,” an officer had said.