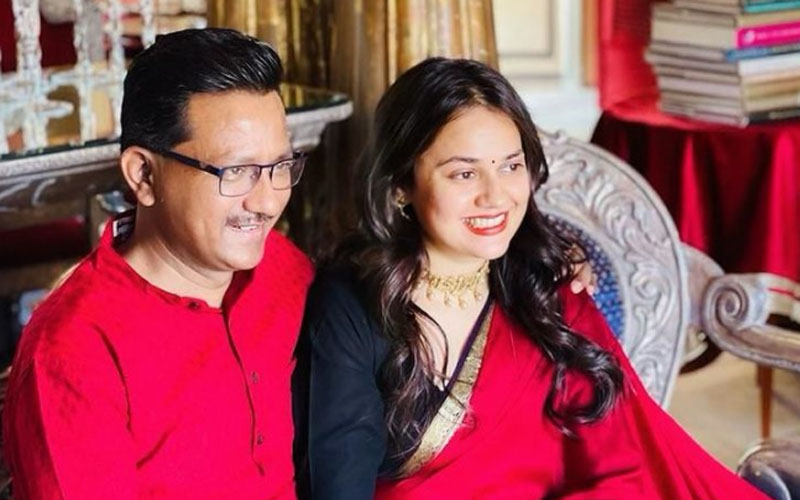 Jaipur: UPSC-2016 topper Tina Dabi who is currently posted as joint secretary in the finance department of Rajasthan, has announced her wedding plans on social media.

Twenty-eight-year-old Dabi will marry IAS Pradeep Gawande, sources said. Gawande is currently posted as the Director of the Department of Archaeology and Museum in Rajasthan. Tina Dabi took to social media to post pictures of her with her new life partner.

In a photo with Gawande on Instagram, she wrote, “I am wearing the smile you gave me”.

After she shared her photo with IAS Pradeep Gawande, the reports of the upcoming nuptial started doing rounds. Sources said Dabi and Gawande are planning to get married in April. A reception will be organized at a hotel in Jaipur on April 22.

Tina Dabi had earlier married Athar Amir, an IAS officer of her own batch, in 2018. However, Tina and Athar decided to separate. In November 2020, they filed for divorce in the family court of Jaipur. In August 2021, the court approved the application.

Tina Dabi came into the limelight when she topped the IAS in 2015. After this, after sharing different motivational posts on his social media, the number of followers on his social media reached 14 lakhs. Tina was born in Bhopal (Madhya Pradesh). Although his family is from Jaipur. Presently, Tina is Joint Secretary in the Finance Department in Jaipur. She studied Political Science at Lady Shri Ram College.