Udaipur: Industrialist arrested from Ajmer for illegal supply of explosives

Surendra Pal Choudhar, owner of Subham Industries is a resident of Bank Colony in Ajmer. His name cropped up in the investigation into the case of a gang selling 1500 trucks laden with explosives illegally to miners in Rajasthan. 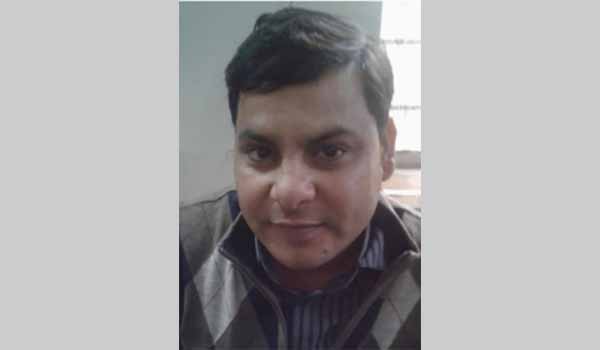 Surendra Pal Choudhary who was arrested for being part of a gang involved in supplying explosives to miners.

The SOG had busted this gang in March 2016. A truck laden with 270 sacks of ammonium nitrate was sized in Sukher police station of Udaipur district. The SOG arrested the truck driver, truck owner, transporters and supplier in connection with the seizure. In December, 2017, SOG arrested directors of a firm that supplied the explosives.

“Choudhary is a resident of Bank Colony in Ajmer and owns Subham Industries. Interrogation with him is going on,” said the officer.

It was alleged that the gang had illegal supplied as many as 1500 trucks laden with ammonium nitrate to miners. The police have arrested its kingpin, identified as Avinash Baheti, and said that he got the explosives from an authorized fertilizer firm at the government rate and distributed it to illegal miners.

Avinash Baheti was held from Indore in Madhya Pradesh. His name cropped up when the police intercepted some trucks laden with hundreds of sacks of ammonium nitrate in Khusher and Pratap Nagar areas in Udaipur in February and March. Interrogation with truck drivers led the police to Avinash Baheti.

As an estimate, the ammonium nitrate distributed illegally by this gang is worth about Rs 300 crore.

Baheti used to buy ammonium nitrate from a fertilizer firm at government rates and then sell it for a higher price illegally.